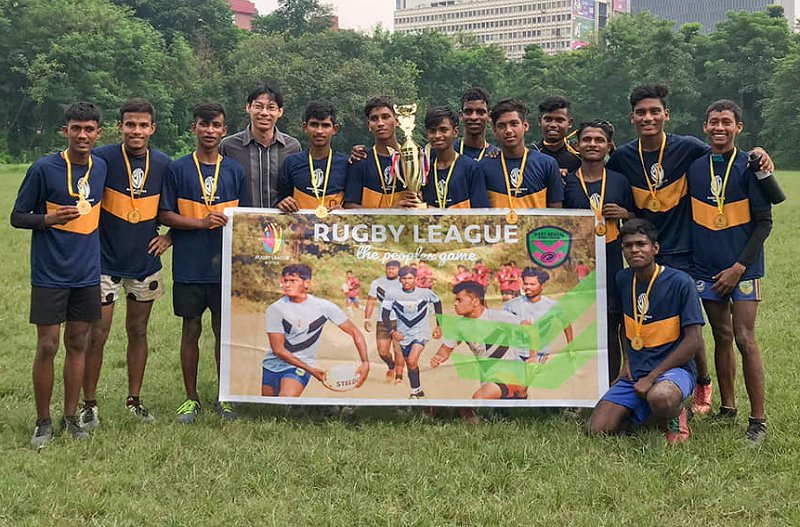 Continuing support for Rugby League in India from Australian Consulate network – thanks to Deputy Consul General Daniel for your attendance.

It was established with a strong motive to foster, develop, promote, govern and administer the game of Rugby League in India.

Following a highly successful launch event late last year in the West Bengal city of Kolkata (formerly Calcutta), the code will be taken to the opposite side of the sub-continent as Rugby League India launches its four regional associations.

The event in Bengaluru will take place on Saturday, January 30 and will feature four local junior teams.

The Bengaluru (Bangalore) Broncos have won Rugby League India’s first piece of silverware on offer in 2021 after defeating the Kolkata based Jaguars 18 – 6 in Saturday’s Final.

The Jaguars, who won Rugby League India’s inaugural mini-tournament last December, travelled over 1,800km to take part in the second leg held at the SPT Sports Academy in Sarjapur over the weekend.

Joining the Jaguars at the event were three teams from the state of Karnataka, including eventual Champions, the Broncos.