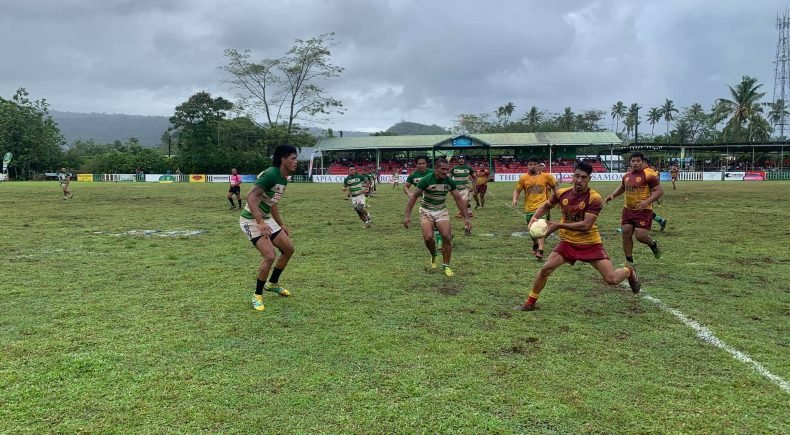 The Marist Saints have won the inaugural Rugby League Samoa School of Origin series after defeating the SCOPA Cowboys 18 – 10 in Game Two of the Series at ACP Marist Stadium in Lotopa.

The Saints, who won the series opener 10 – 6 just the week before, built on their second half performance against the Samoa College Old Pupils Association (SCOPA) side to record their eight point victory and claim the inaugural Sir Vui Ricky McFall Cup.

The Trophy is named after Sir Vui McFall who first introduced Rugby League to the Marist Colleges.

Game Three of the School of Origin series will take place on November 4 as a curtain raiser to the Island of Origin Series.