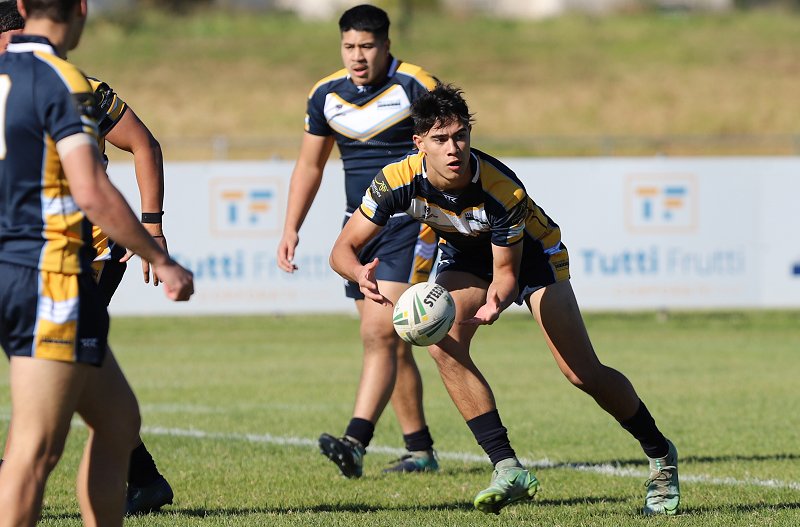 It’s one of the more stunning results of this year’s Peter Mulholland Cup and sets Westfields up nicely for a real run at the title.

Don’t miss out on the headlines from Rugby League Live Stream. Followed categories will be added to My New

Any pre-game thought of Patrician Brothers success in recent meetings between the schools was obliterated at Bluebet Stadium as Westfields slick backline and barnstorming forward pack notched a half century in the 54-10 win.

It was billed as a heavyweight bout, but if it was in a ring, the towel would have been well and truly thrown by the end of the first half as Westfields dominated their arch-rivals. It was the school’s representative players who stood tall tearing up the middle of the park and exploiting some lacklustre defence from the Patrician Brothers middles.

Da Silva scored a double backing up out of dummy-half while Talagi played a key role in most of the visitors four-pointers as they stormed out to a 22-point lead at halftime, before going on with the game after the break.

Fellow NSW CHS representative Solomone Saukuru showed why selectors have locked him in for the ASSRL National Championships in Redcliffe next week, leaving defenders in his wake with every charging run. 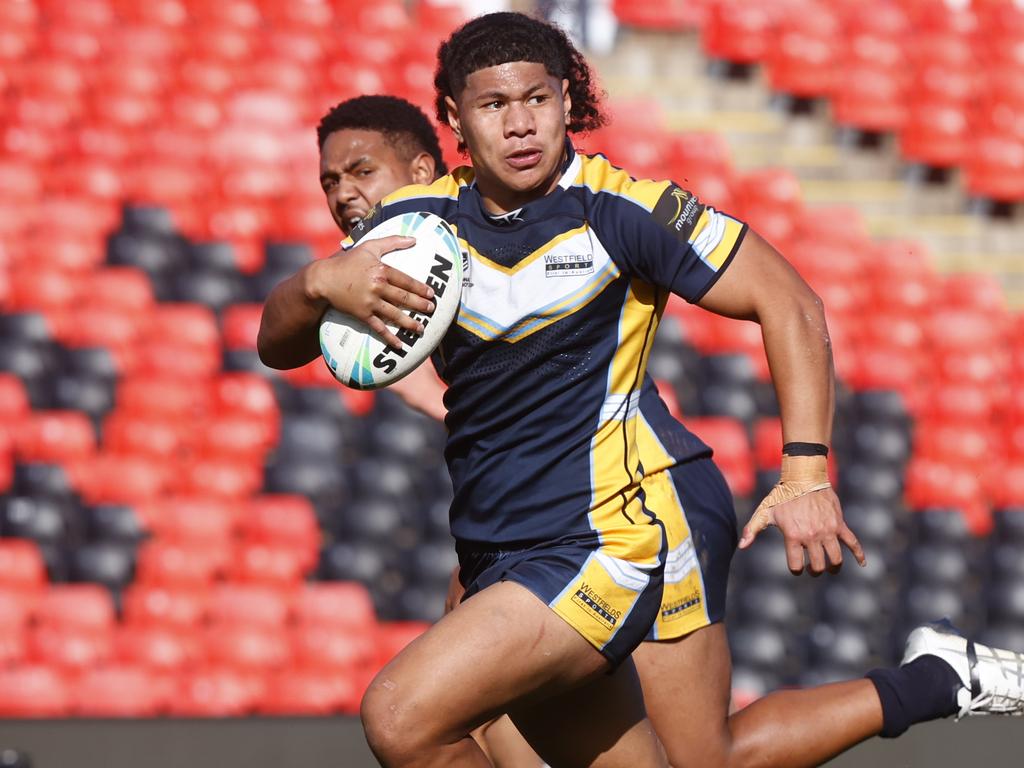 wer scored a barnstorming try in the first half and worked hard off the outside shoulder of impressive halfback Lachlan Galvin.

The Westfields Sports High left-edge proved near unstoppable in the opening half, breaking down their opposition with hard running and smart lines.

While Patrician Brothers showed signs of fight at the back end of the first half and even started the second on the front foot with a slick try to backrower Jordan Faleono, they couldn’t go with their hot-handed rivals who ran away with the contest. Don’t let their public affection for each other fool you – the rivalry between Patrician Brothers Blacktown and Westfields Sports High is definitely filled with fire and brimstone.

It’s there, hidden among the pre-game pleasantries and cliches like “focus on our own roles”, and “we just need to keep building towards finals”.

The simmering feud between Patrician Brothers and Westfields will write a new chapter at Penrith’s Bluebet Stadium on Wednesday, and KommunityTV will be your only way to watch the action live and exclusive on The Daily Telegraph website.

The friction is evident when Patrician Brothers supremo Greg Beacroft makes mention of the current record, which, according to him, is 5-1 for the Blacktown powerhouse, stretching back to 2018.

It’s also obvious when Westfields coach Troy Weeden responds to those claims by suggesting the results don’t faze him, and he “has bigger fish to fry”. 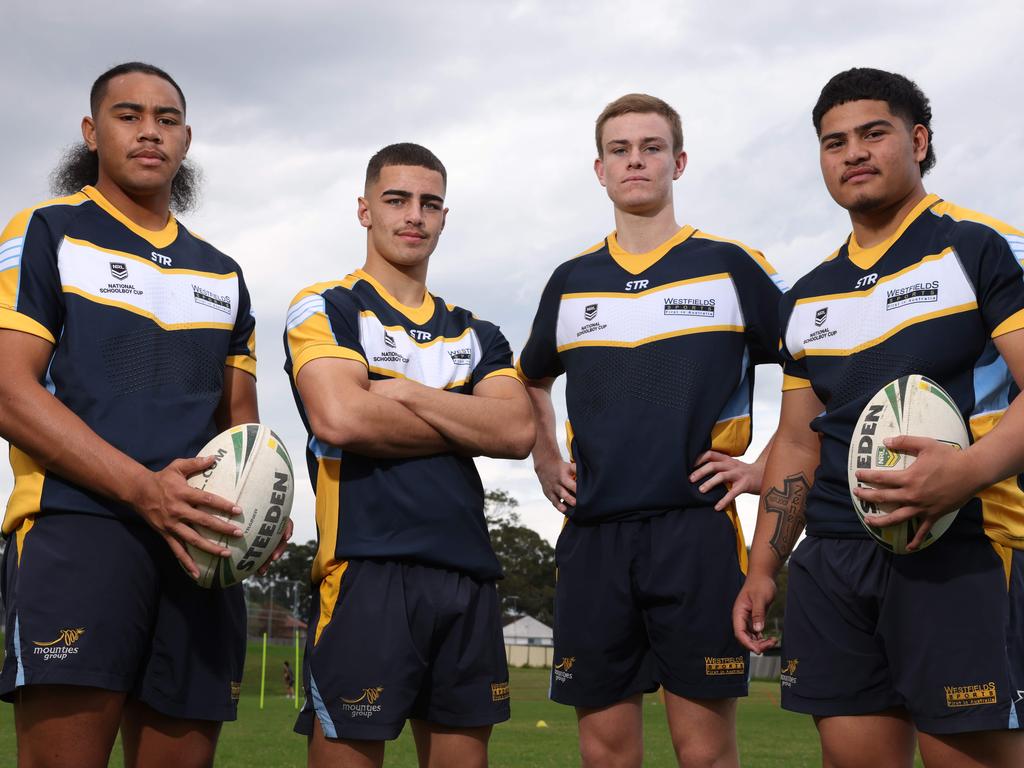 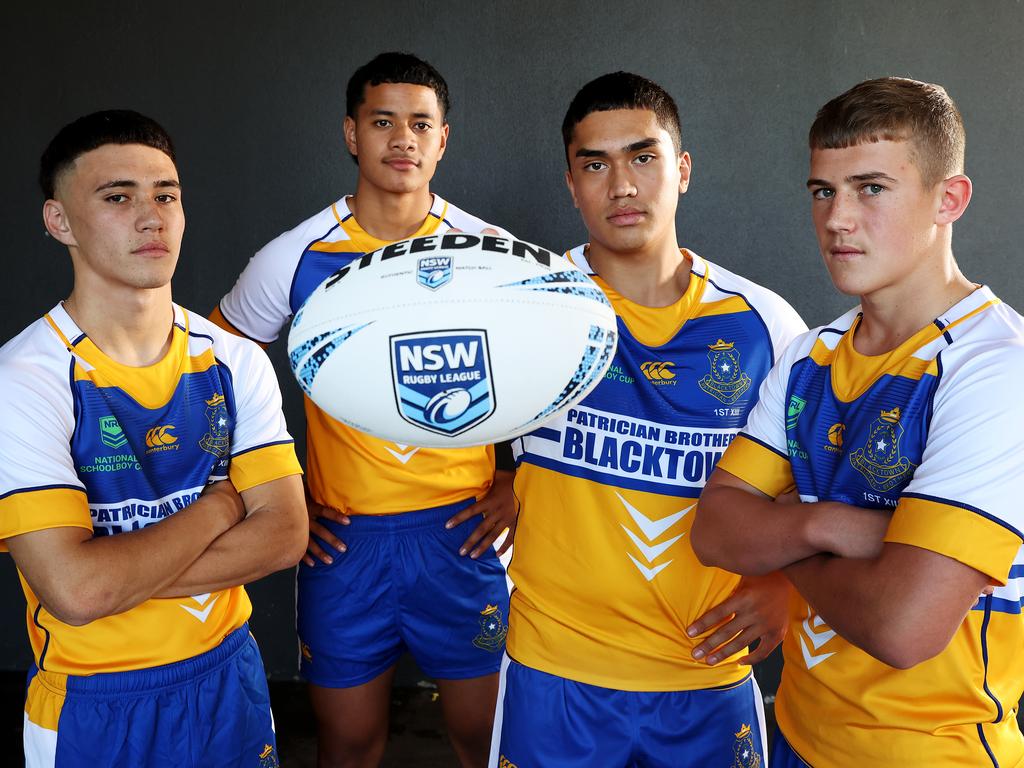 It is a competitive fire between two schools that has become almost synonymous with the Peter Mulholland Cup over the past decade.

It is the Rumble in the Jungle of schoolboys rugby league.

A heavyweight battle that has evolved over the years.

A rivalry that has been borne out of two sides who were the top teams and played like it every time they met, whether there was a competition on the line or not.

“The thing about Westfields and us, the other teams don’t want to play us,” Beacroft said. “That includes through the juniors, so when we get to play each other, it a great thing.

“The kids know each other and they respect us and we respect them. They are very professional like we are, it is all very polite and serious. “The competition between the schools is quite close. Out of the last six games we have beaten them five times but in all of those games at various stages both teams have been on top.”

The latest battle will take on a different shape on Wednesday, with both powerhouses coming off shock first round defeats.

Patrician Brothers were shocked by a plucky Endeavour Sports High in the opening round, while Westfields were run over the top of by a Hills Sports High side that many have picked out as the competition’s early frontrunners. Patrician Brothers Blacktown’s Zedrick Tupulua will line up at lock for the powerhouse against Hills Sports High. Picture: Toby Zerna

“We will have a couple of changes, we were fairly happy with how we played but our execution let us down a bit,” Weeden said.

“We are both coming off losses so it will be a big game.

“We go into every game wanting to win. It is important for (the players) to have that mindset. We will more than likely play (Patrician Brothers) down the track again so a win here would be good.

“Hills get a bit of confidence out of beating us in the opening round, and confidence is a big thing. We need to get back on the horse a little bit.”

Beacroft had a similar message for the Patrician Brothers side as they look to regain momentum heading into the mid-season break in the Peter Mulholland Cup.

“Our kids hadn’t had one game together all year and only two training runs due to the wet weather,” he said. “It is all about momentum and building confidence. We expect an improved performance.”

“At this stage you mainly focus on what we can control, focus on our own roles on the field.”

We asked both coaches to cut through their squads and reveal the surprise packets for them heading into Wednesday’s blockbuster clash at Bluebet Stadium.

The speedy playmaker is expected to add another dimension to Patties attack on his return from injury.

Has trained very well according to his coaches. Len played hooker for Balmain in the Harold Matthews Cup, but sits behind Eels junior Brad Arthur in the pecking order for the school side.

Has plenty of ability as a utility player and will slot into the backline with ease.

It will likely come as little shock to those who watched the Harold Matthews Cup this season.

It is the way Laulilii has risen to the challenge of leading his school side that has impressed his coaches.

The typical workhorse middle forward has made a strong return from a syndesmosis injury he suffered at the end of the junior representative season, and showed true character and grit in the loss against Hills Sports High.

“He is a very true leader, and it’s not often you say that about a kid so young,” Weeden said.