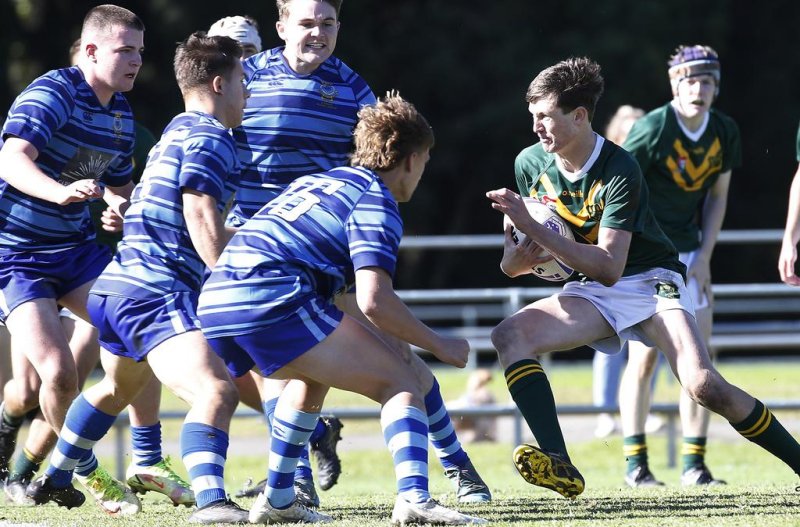 Hosting the boys from Tamworth, Fairfield showed no mercy towards their country visitors, Farrer MAHS, opening the scoreboard in just the fourth minute of game one to ignite an eleven try thrashing.

Fairfield’s dream start to their schoolboy’s campaign was built largely on the back of an impressive display from an impressive attacking backline including fullback Taj’h Colquhoun.

Re-Watch The Full Match Replay In The Player Above

Colquhoun, 17 who was dominant in the No.1 jersey for the boys from Western Sydney was impressed with his 2022 outfit.

“Our completion rate from the start to the end of the game was pretty good, how we completed our sets,” Colquohoun told News Corp.

“We all played pretty good, but the person I thought stood out the most was Jordan Miller and Billy Arena scored four tries. 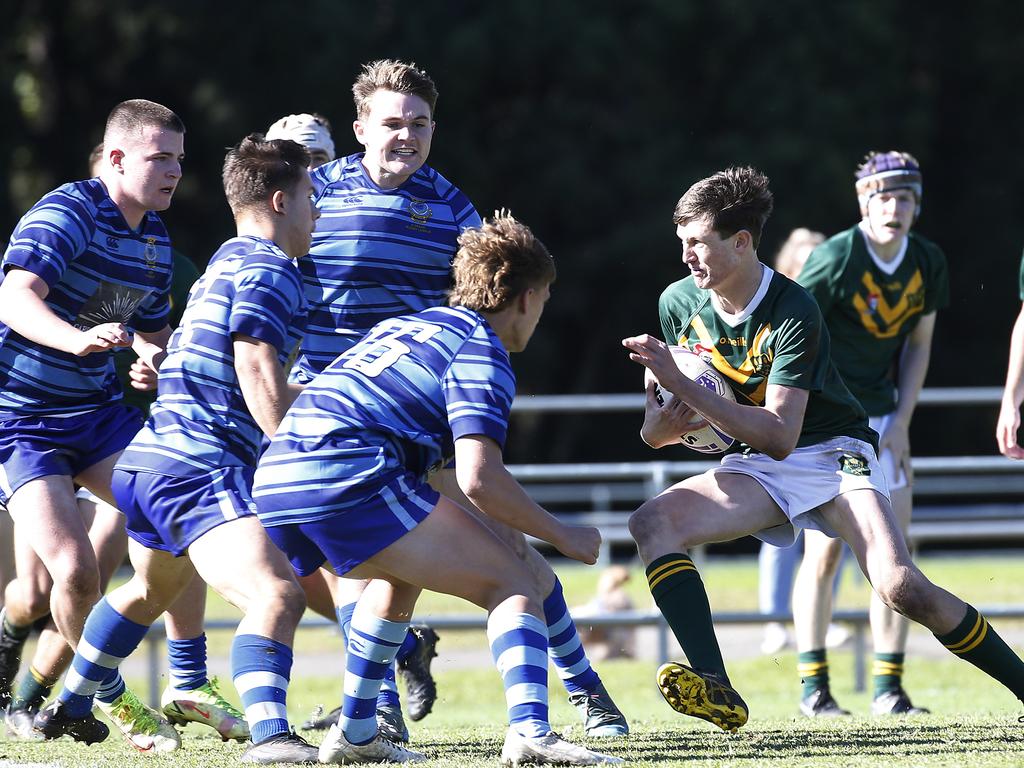 “I think now we’ll work on our talk in attack and defence and just gelling a bit more with the younger blokes coming up.”

The Harold Matthews Western Suburbs Magpies premiership kicker showed his talent off the tee, converting eight from eleven of his sides tries.

Despite the thrashing, the boys from the bush showed some promising signs for Farrer MAHS in their first hit out with second rower Logan Spinks making impressive metres from the forward pack.

Patrician Brothers Fairfield will take on Holy Cross College in Round 2 of the Peter Mulholland Schoolboys Cup and Farrer MAHS will prepare to clash with All Saints Maitland.

The Sykes brothers mean business in 2022.

The bulldozing brothers, who grew up on the family farm at Mungindi in Northern NSW, will be crucial to the Farrer MAHS engine room in the Peter Mulholland Cup.

They will be front and centre as Farrer kicks off the Peter Mulholland Cup against Patrician Brothers, Fairfield in a match exclusively live streamed by The Daily Telegraph. Oliver and Sebastian, who are only separated by a couple of years, are almost identical in every other way.

They are no-nonsense, aggressive front-rowers whose commitment to their craft cannot be questioned according to Farrer coach Ethan Sherlock.

Even when they were both struck down by Covid-19 in the pre-season and forced to isolate back home, they refused to take a day off instead doing pre-season by distance. More than 350km away.

“They raise the bar in intensity, they are aggressive and like to fight at training,” Sherlock said.

“They love getting into it on the training field. I don’t have to oppose them in our training sessions, they pick each other out.

“They both were in isolation with Covid during the pre-season in term one, but they were messaging me to see what training session we had on.

They found out we were doing wrestling work and they got into each other out in the backyard for three hours. I would absolutely believe it. That is their commitment.” Patrician Brothers Fairfield players Yeyha Ayache, Joshua Alhazim and Jordan Miller will all return for their 2022 campaign which kicks off against Farrer MAHS. Picture: Jonathan Ng

Farrer MAHS will need the Sykes intensity across their squad as they open the Peter Mulholland Cup season against an experienced Patrician Brothers, Fairfield.

The Patties side, which is led by former NRL hard man Frank Pritchard, has 17 players returning for this year’s schoolboys’ competition.

Pritchard admitted the Patrician Brothers pre-season had been stop-start due to the wet weather which has gripped Sydney for the past two months.

“There was times where we couldn’t train together,” Pritchard said. “We had a few boys playing representative footy, the rain hit us pretty hard. We had a few boys sick with Covid-19. It has been a disruption.

“We’ve had a few hit outs now so it is about fine tuning those combinations on the field.”