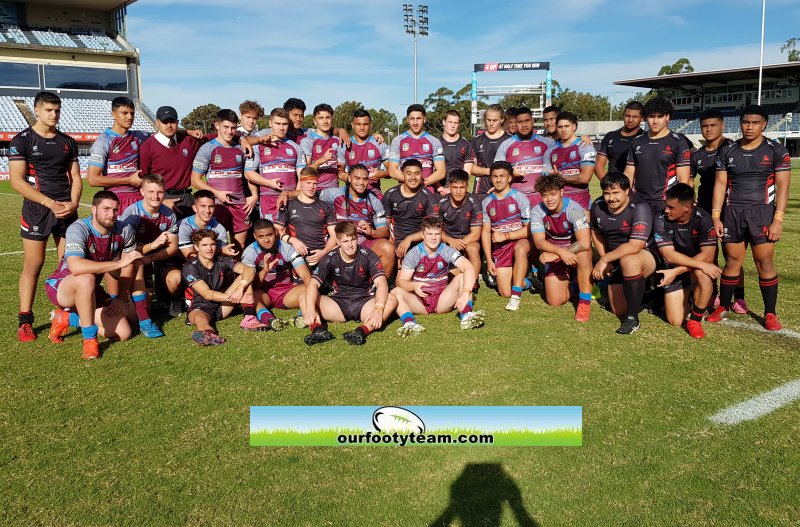 On the eve of the Peter Mulholland Cup season, we give you a comprehensive guide to each school involved in the premier schoolboys competition. Find out when you can LIVE STREAM the action.

THE revamped NRL Schoolboys competition, the Peter Mulholland Cup, kicks off this week as the best rugby league nurseries across NSW go head-to-head.

The Daily Telegraph will be your golden ticket to watch all of the action live this season with subscriber exclusive live streams of every game.

Before you tune into the first game between Farrer MAHS and Patrician Brothers Fairfield on Tuesday, get the lowdown of every team heading into the tournament with our in-depth season guide.

Check out the full Rd 1 schedule below and come back each day to find links for the live streams. “We will be coming into Round 1 fit and healthy, we know these boys simply love playing for the college and will have themselves ready to go come game time.

A large portion of the team played in last year’s competition as 16 years olds so they are returning this year much more mature and experienced which should set the tone for the rest of the team.” “After the last couple of years, the boys are very eager to get some uninterrupted footy this year.

They’ve been preparing as best they can, they’ve been in the gym a lot with the wet weather.

We’ve got a senior squad this year which is a blessing. A lot of our boys are in year 12 which hasn’t really happened for us in the last 10 years.” 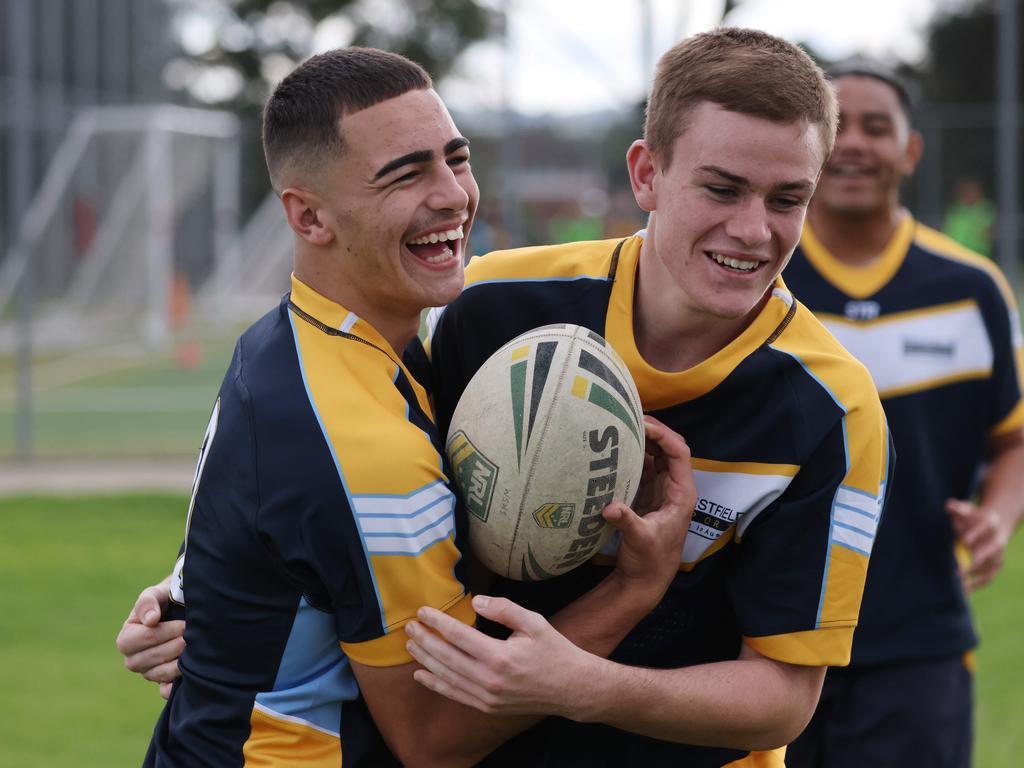 Westfields Sports High have been hard at work on the training paddock ahead of the Peter Mulholland Cup. Picture: David Swift Ricardo Oloapu, 17, is one of the towering front rowers at the disposal of Westfields Sports High coach Troy Weeden. Picture: David Swift

“We were a young side last year so most of those kids are back playing for us again.

Every year you know you’re going to come against the best sides like Hills, Endeavour and Blacktown but until you start playing you don’t really know whose returning and what they’ve got so it’s hard to get a gauge on them just yet.” Captain: To be rotated throughout the year

“We’ve got a couple of players returning who were in year 11 last year, but it’s pretty much a new team.

The boys here who have been at school since year seven really look forward to playing Schoolboys Cup, they aspire to be in the top team but all have to wait their turn.” 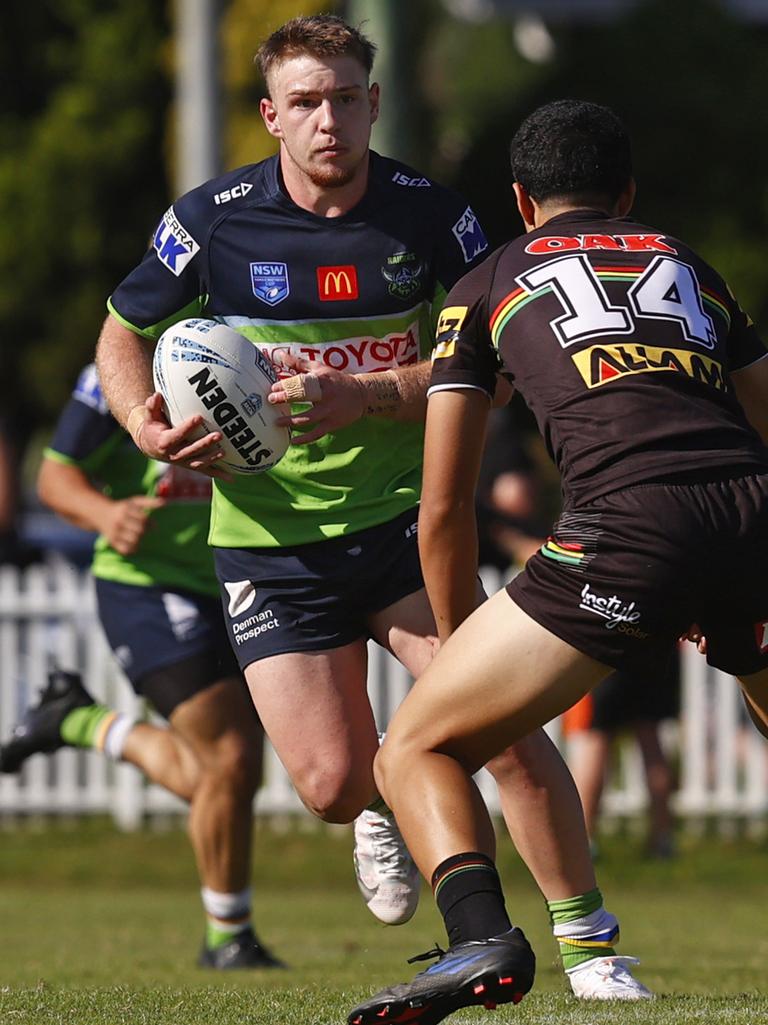 Samuel Gash is one of the exciting Raiders Harold Matts Cup brigade that has come through the Erindale College. Picture: Richard Dobson

“It is an exciting team. It is pretty young but we have a lot of guys that have come out of a successful Harold Matts Cup season for the Raiders.

We have big squad and it has grown over the last couple of years. We have gone down the path of trying to help and draw from the entire Canberra region. We play a game style where we move the footy a bit.

Hopefully that is an advantage for us especially having guys who have played a lot of footy together.” “We have huge respect for the NRL Schoolboys schools and the rugby league programs they run.

We have had successful and unsuccessful moments with all the teams in our pool but we just wish to get back to playing regular schoolboy footy.” “Being competition first-timers we’re a little unsure how it’s all going to pan out.

Seeing what the other schools have to offer is going to be a great experience for our students as well as us as coaching staff.

We understand we’ll probably be the underdogs again, which we were in the qualifiers, so we’ll just keep turning up week in and out and hopefully it puts us in a position where we can compete with some of the biggest schools across the country.” Illawarra Sports High made it to the quarter-finals of the NRL Schoolboys Cup in 2020 and will be determined tomake the knockout stages again. Picture: Jonathan Ng

“The last couple of years we have made great improvements.

Traditionally we were less competitive but we have proven that we can match it with the bigger schools.

There is a bit of confidence growing for the last couple of years and we have good development in the squad with several players coming back from last year.” Former Patrician Brothers Blacktown lock forward and Knights contracted star Myles Martin has been a crucial addition to the All Saints Maitland ranks.

“We have an inexperienced squad but also an enthusiastic squad.

Myles Martin and Caleb Garvie, who have both made the NSW CCC squad, are our two guys we are relying on to take a lot of the workload.

We will be strong through the middle, quick play the balls and work hard in those effort areas.” Farrer MAHS big bopping brothers Oliver and Sebastian Sykes will make sure there is always a burning flame in the engine room.

“We have had a good pre-season, we started work in term one, and these boys also play all their club footy together.

We have the same 13 playing in the Group 4 under-18s competition to keep that contuity there.

It is a pretty young squad with only five boys in Year 12, but it is still a talented squad. They can discount us all they like, we embrace that challenge.” Holy Cross College has been dealt a crushing injury blow on the eve of the Peter Mulholland Cup. Picture: Jonathan Ng

“Dealt a tough blow right at the end of pre-season with three key players including captain Keenan Lawandos ruled out with long-term injury.

Our depth will certainly be tested early in the season. With a lack of pre-season due to the weather, it could provide a real hurdle.

We will have to change our game plan a lot with two fresh halves on the field and one of our halves heading to hooker. Basically there will be limited coaching, it will be a case of go out there and just play footy.” “Our preparation was disrupted by the wet weather, we have had a few hit outs now but we are trying to keep it simple.

Our rugby league season is really full on, so we don’t want to burn the guys out.

We have been the sleeping giants for the last couple of years, but I have been brought in to find a pathway back to the top.” “We’ve got a hungry squad who are excited to be playing this year.

We’re enjoying the fact that we’re going to be a lot more under the radar. I don’t think there’ll be much expectation on us and that’s something we are pretty excited about.

We’re probably going to have a bit of shock value and we’re backing the way that we’re going to play is going to be a little different. I think Hills will be well and truly the team to beat.” 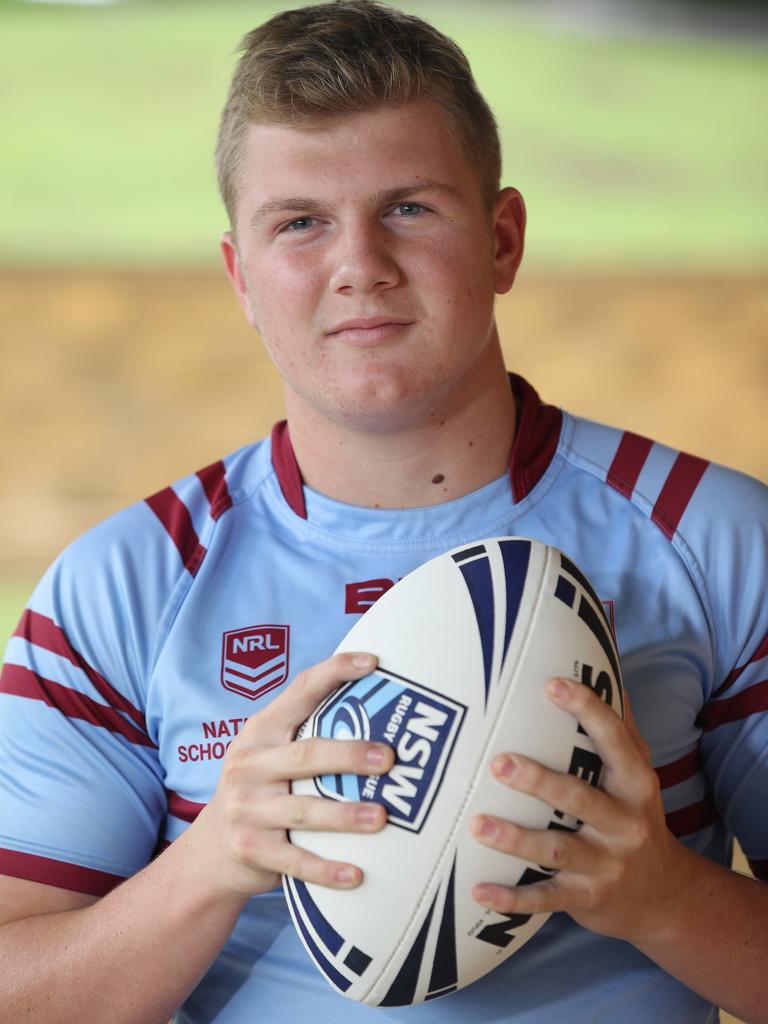 “We’ve got a bit of mix this year of year, we’ve got some year 12 boys who are in their second or third season of Schoolboys Cup but then we’ve also got a couple of year 10 boys getting their first run.

I think Westfield and Patrician will be up there again this year. The boys are all very proud to be part of the squad and are even prioritising school footy over most other games at the moment.” “We have a young squad of players this year but many have been involved in the junior development teams from the Knights and Roosters.

This year we’re looking to consolidate our position back in the Schoolboy Cup and develop players for coming seasons. I think the teams to beat will be Westfields and Blacktown Patrician Brothers.” Fanafou Seve will return to the Peter Mulholland Cup for Bass High this season. He impressed in the NSWRL junior grades this season. Picture: Jonathan Ng

“With our fields still underwater, it has been hard to give the players a proper preparation.

We have only lost three players from last season so we have a squad who knows each other and knows its game.

We’re trying to go away from just being tough through the middle, these days you have to be skilful with the ball or you won’t win the Cup. We are constantly trying to change up our game.” (* Denotes returning player)

The Daily Telegraph will exclusively live stream every match of the Peter Mulholland Cup this season which involves the best rugby league nurseries across NSW.

Find out more information about the competition here and see below for the opening round draw.