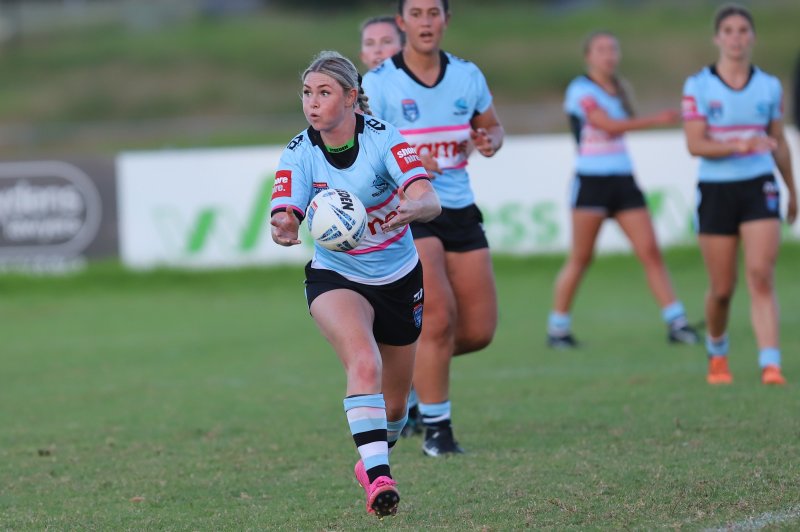 Maddie Studdon steers the Sharks HNWP to a tight round 1 win over the Mounties (Photo : Steve Montgomery)

It was always going to be a challenging assignment first up.

Against one of the teams tipped to contend for the 2022 Harvey Norman Women’s Premiership title, and that’s exactly how it panned out, with the Sharks forced to fight to the final whistle to secure a victory over Mounties.

In a match dominated by defense a try from Talei Holmes in the 53rd minute broke a 4-all deadlock, with the Cronulla girls hanging on for a 10-4 victory.

Fielding a team which was forced to deal with an interrupted preparation due to a number of the Sharks women returning from NRLW commitments only a week ago, it was a solid beginning to the 2022 season.

“It was a really tough one, Mounties at Mounties, they’re one of the top sides. We came here knowing what it would be like,” Sharks coach Tony Herman said.

“Once we got up 4-0 we went away from a few things, we pushed some passes and that got them back in the game.

The match, played at the Aubrey Keech Reserve 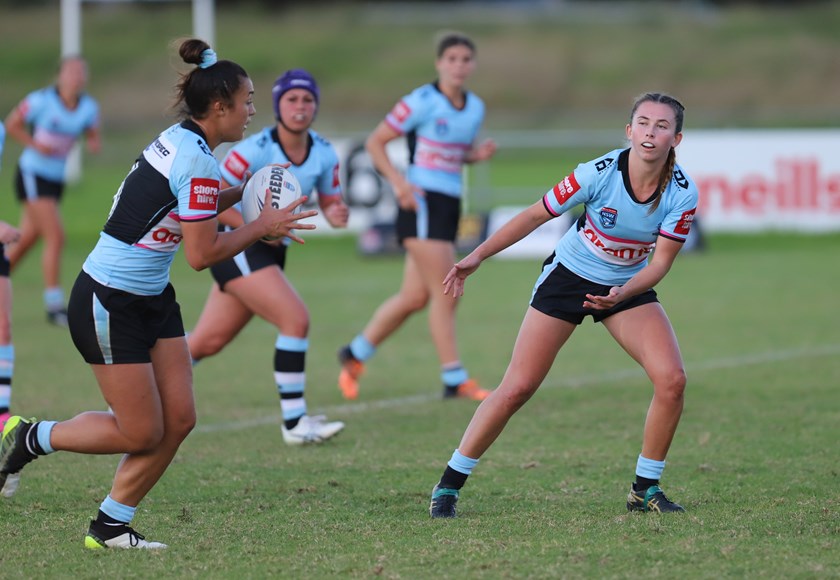 Quincy Dodd passes to a flying Corban McGregor in Round 1 of this years HNWP (Photo : Steve Montgomery)

The Sharks began the match, played at the Aubrey Keech Reserve, in a positive fashion, youngster Ella Barker notching her team’s first points with a try in the fifth minute.

The conversion was unsuccessful, however Mounties, a team also featuring a sprinkling of NRLW talent, responded 10 minutes later, with the scores locked up at 4-all at the half time break.

It would take almost 20 minutes of the second half for the tie to be broken, talented backrower Talei Holmes giving her team the lead, with Maddie Studdon adding the extras, setting up a tense final quarter of the contest.

However as hard as Mounties tried, the Sharks held firm in securing a valuable two points to begin their season.

“I thought our on-line defense was incredible. Overall we backed our defense and we kept turning up for one another, kept repelling them through that middle third, which is where they like to play it,” Herman added.

The win came just a day after a delegation from the Sharks, including members of the Cronulla’s Women’s teams and junior league representatives, delivered the club’s bid for entry into the NRLW competition in 2023.

Next up for the HNWP Sharks is a game against Souths at Central Coast Stadium in Gosford on Saturday.

Souths went down by 16-10 to the Wests Tigers in round one.