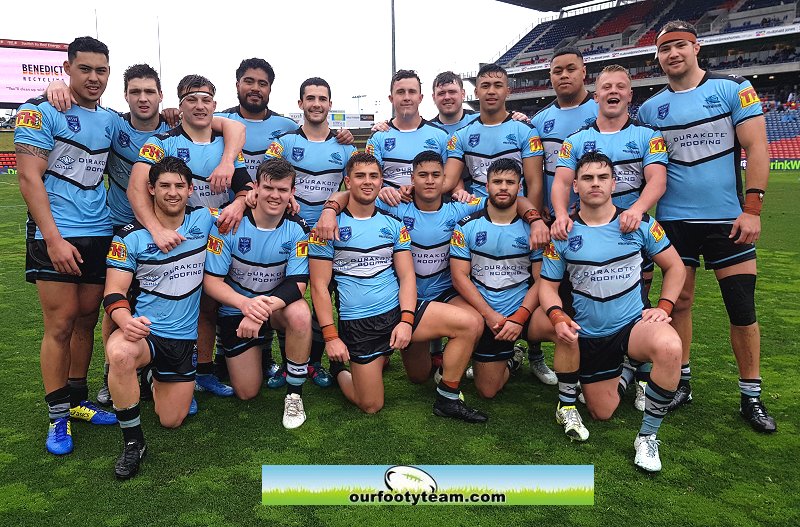 The Jersey Flegg Sharks have secured the minor premiership and put themselves in a great position to defend their under-20’s title, with a hard fought 12-0 win over the Newcastle Knights.

Playing against a desperate Newcastle side on their home turf, the Sharks were outstanding defensively in the atrocious conditions, holding their opponents scoreless in what was the last regular season game of the season.

The win saw the Sharks finish two points clear on top of the NRL ladder, while the Knights slipped from fourth to seventh with the loss.

In torrential rain, the Sharks managed two tries, one in each half, the first coming to ever-reliable backorder Tom Caughlan, which was converted by Kai Broadhurst as the visiting Cronulla side took a 6-0 lead to the break.

Front rower Fine Kula would push the Sharks advantage out to 10-0, Broadhurst making it 12, in the 59th minute and from their they held firm, shutting out their opponents in an impressive performance just a week out from the finals.

With one game to go to complete the season, the Sharks were likely to play withe the Panthers or Rabbitohs in round one of the Flegg finals.

Sharks Media will communicate week one Finals information when it becomes available.