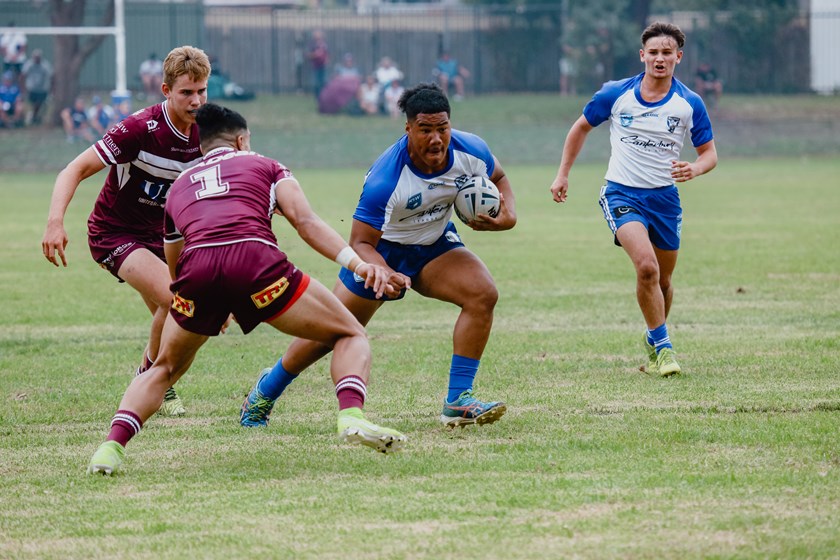 With the junior representative competitions kicking off in February, both sides ramped up their preparations against the Sea Eagles before a final trial against the Parramatta Eels next week.

Both teams gave a number of triallists for both sides plenty of game time and the line-ups were changed throughout the day.

The Harold Matthews game was played across four 20-minute quarters with the Bulldogs claiming a five tries to four victory.

Manly led by three tries to one at halftime, before talented centre Paul Alamoti led a Bulldogs fightback in the second half.

Alamoti grabbed two tries, including a length of the field intercept, while a try right on fulltime gave the Dogs the victory.

The SG Ball fixture was played over three 25-minute intervals in a match that saw Canterbury record a six-tries to five victory.

Manly dominated the opening stages of the match with three early tries, before the Dogs grabbed one at the end of the first interval.

The Sea Eagles extended their lead before young half Joseph Williams crashed over the line to register the Bulldogs second try of the day.

The final 25 minutes was dominated by Canterbury to give the Dogs a six-tries to five victory.

Next week will see both sides play the Eels in a final hit out and give coaches an additional opportunity to see the talented players they have at their disposal before the competition kicks off on February 8.