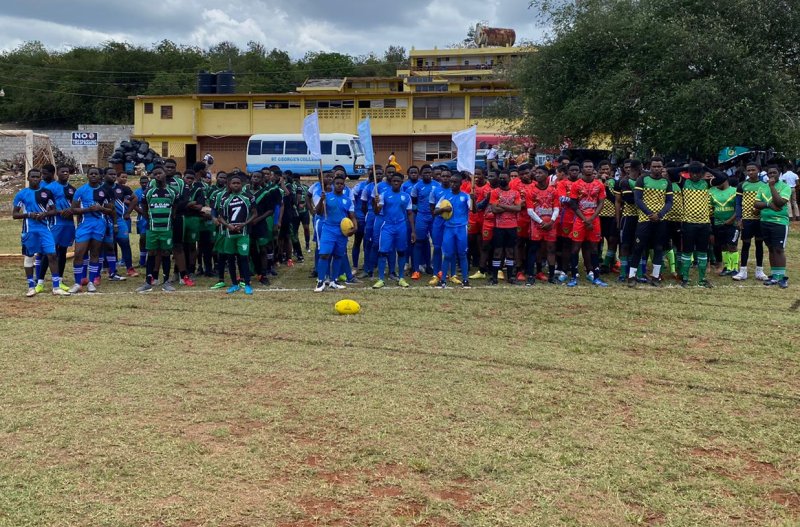 High School rugby league has returned in Jamaica after the long absence due to Covid-19 restrictions on the island.

After a series of round robin matches, they defeated Calabar High 8-4 in the Grand Final, Kaden Hunter voted MVP. 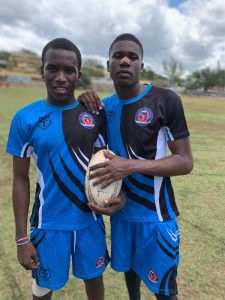 Pictured – Kaden Hunter (MVP) and Jerome Newby, both from the Cedar Grove Academy

The hosts finished third, ahead of Campion College and St. Georges College

Cedar Grove head coach, Antonio Baker, said: “We were elated to win our first U19 title, and it was made even more special because it is the school’s first-ever sporting trophy.

We were the smallest team on the day but the determination and tenacity of man of the tournament, Kaden Hunter, helped his team to soar to excellence.

“Going into the tournament I was a bit worried because we only had two training sessions prior to leaving but the boys really put their bodies on the line.

The entire school celebrated with us as the trophy was presented to the principal at our Lenten service.

The rugby league culture is thriving in our school as both genders from all grade levels are clamouring to join the sport.”

RLJ director, Romeo Monteith, noted: “It’s massive to see our juniors get the chance to play rugby league again in 2022. These kids have missed out on so much, including lost scholarship opportunities to our universities and colleges.

Everyone made a huge effort, including coaches, managers, players, and principals to get the teams back on the field.

It was exciting to see our match officials back in action too after the long layoff, we hope to slowly get all our rugby league community back to playing.”

The next tournament is scheduled for Friday 29 April, for U16s at Campion College.