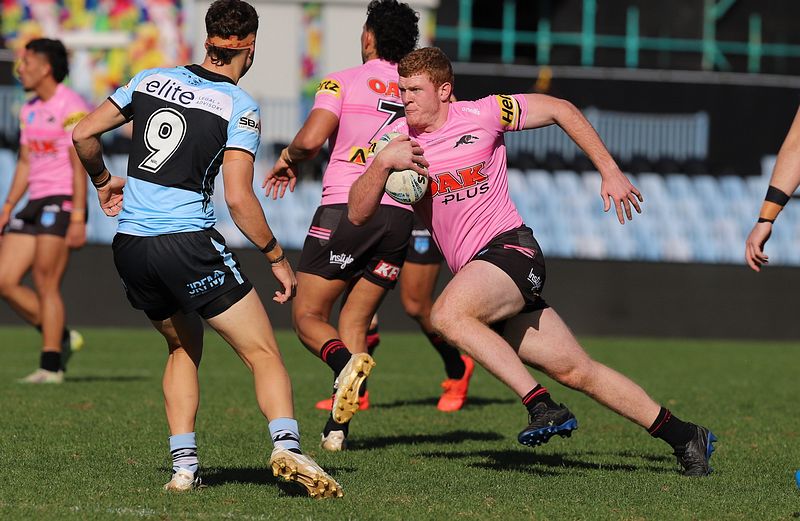 The up and down season for the Jersey Flegg Sharks has continued, following a loss to the Panthers in their round 15 clash on Saturday.

The Sharks came into the game on the back of two strong wins on the road, the first against Canberra, the second Newcastle, but this time around it was the Penrith side which proved too good, winning 30-18 in the match played at PointsBet Stadium.

Sharks coach George Ndaira was somewhat disappointed in the result, with his team not able to reach the levels achieved over the previous couple of weeks.

“We were a bit flat, not sure if it was coming off the back of those two away trips in a row, but definitely not the effort we wanted to put in today,” Ndaira said.

However while the Sharks were not quite where they wanted to be, Ndaira was quick to praise his opponents and at the same time was positive about his side’s ability to respond as the season moves into the business end.

“Penrith were really good control, 87 per cent completions, only made five errors, the flip side we weren’t as good as we have been.

“But I’ve got no doubt they (the Sharks) will learn a lesson and move forward. We’ve put ourselves in good position and now it’s up to us to finish strong,” Ndaira added.

The Sharks were seemingly always on the backfoot, the Panthers scoring three times and taking a 16-0 lead to halftime, before backrower and skipper Kai Parker posted his team’s first points just three minutes after the break.

From that point the teams went try for try, the Panthers going further in front, half back Ryan Rivett scoring then converting to narrow the gap, until another four-pointer from the Penrith side made a Sharks comeback win considerably more difficult.

Sharks Hooker Sam Healey would cross with 10 minutes remaining, however two penalty goals from the Panthers completed the scoring and secured the two competition points for the visitors.

The Sharks slipped to fifth on the Jersey Flegg ladder with the loss and remain in a good position to push for a Finals berth with nine matches still to be played.