Following an outstanding 2022 season, one in which he helped guide the Matthews Cup Sharks into the Grand Final, has seen team fullback and Captain Chevy Stewart named the Greg Pierce Sharks Junior Representative Player of the Year.

Announced at the annual presentation event, this year held at Sharks at Kareela and attended by players, coaches, team staff, parents and family members, along with Club CEO Dino Mezzatesta, Stewart was first singled out as the Matthews Cup best for the year, before taking out the major award at the conclusion of the night.

Stewart was a member of the team, coached by Brad Kelly, that finished fourth after the regular season, before going on to beat the Eels and Roosters to qualify for the competition decider against the Western Suburbs Magpies.

Playing most of the second half a man short, the Sharks were no match for a red-hot Magpies outfit in the Grand Final however the team had acquitted itself well throughout the 2022 season.

Also playing a major role in the success of the Matthews Cup side was tireless forward Max McCarthy who was a worthy winner of his team’s Coaches Award.

For Dave Howlett’s SG Ball outfit, the season may have been one of lost opportunity. Edged out of the finals on for-and-against, the under-19 Sharks had their moments during the year without displaying the necessary level of consistency to ultimately challenge for the title.

Crouch was a mainstay of the Sharks forward pack, while Jarvis switched around playing a number of positions before becoming the team’s regular halfback late in the season.

Both players have moved on to train with the Sharks Jersey Flegg squad and play for De La Salle in the Mojo Cup competition where their high level of performance has continued.

On the night Sharks CEO Dino Mezzatesta spoke of the Sharks investment in, and commitment to, its junior development pathways, congratulated the Matthews Cup squad on their successful season and thanked the Club’s development staff, coaches, medical and high performance staff and the many volunteers associated with our junior reps teams and programs. 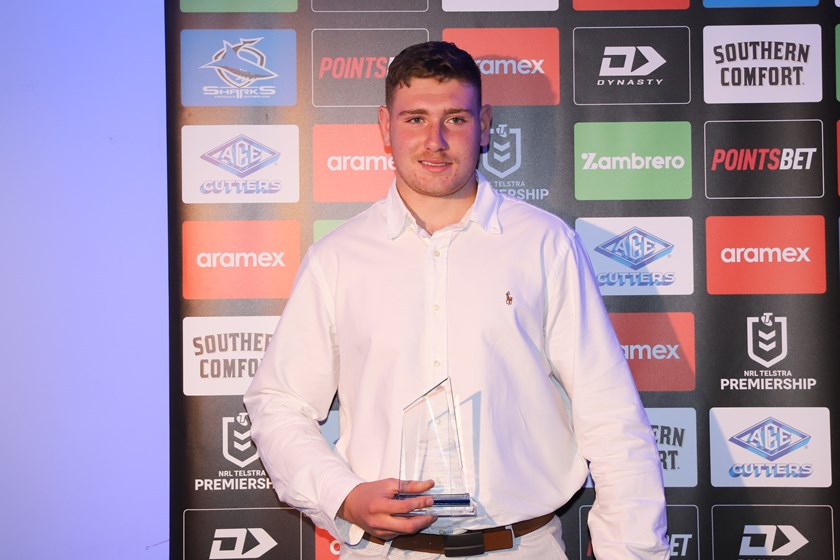 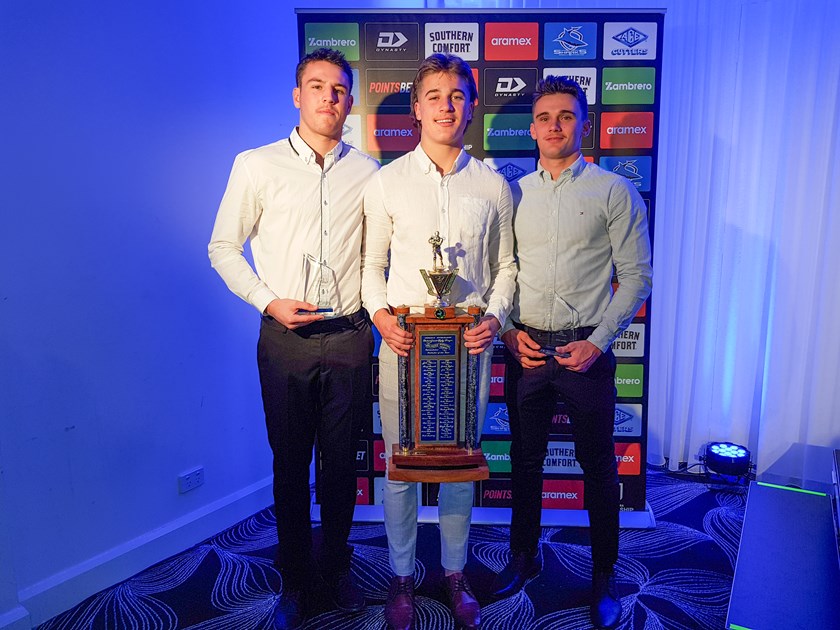