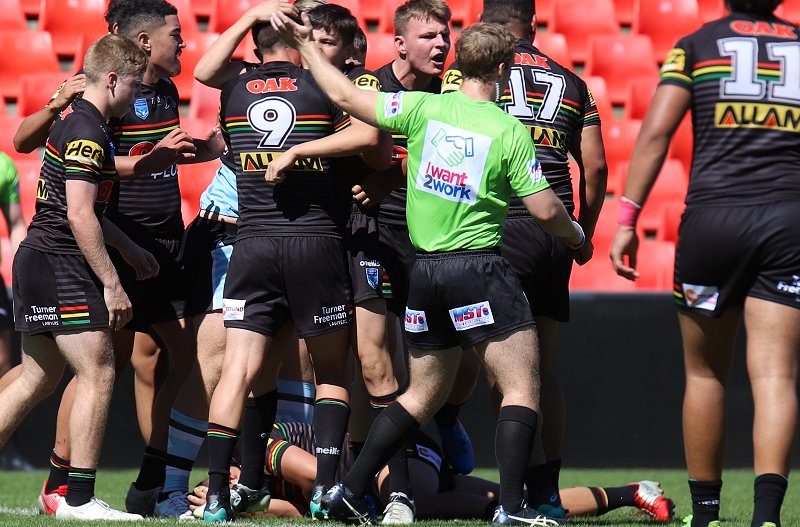 The Panthers Harold Matthews Cup squad has kicked off pre-season training with a renewed focus on nailing the important details in 2022.

Panthers Harold Matts head coach Kyle Churchill is excited to have fresh faces on the scene for the upcoming season.

“The last two years, we had the same team go through because of the (shifting) age range, so we were familiar with the group, but this year it’s all very new,” he said.

“They’re looking quite good physically, which is very pleasing, but the gap from the implications of Covid is definitely showing from an engine perspective.

“We’ve got some kids that have been in the building for a long time and they’re really close to the standard we need to be at, but we need to bridge the gap to the players who haven’t been here as long.” Junior representative football has faced numerous setbacks over the last two years as a result of the pandemic, but the Panthers coaching staff have plans to capitalise in 2022.

By filtering first grade football and cultural principles through the development programs, young players are able to identify and self-correct their mistakes at training, perfecting the skills necessary to excel on the field.

“We like to call them the details – the really little things that club level players haven’t focused on before,” Churchill said.

“We’re really pedantic on that here at Harold Matts level and all the way up through to first grade.

“We’re focusing on those details and really building that discipline from within.”

After utilising home gyms and local parks during the four-month lockdown, players and coaches are delighted to be back completing the pre-season program at BlueBet Stadium.

“Footy’s back, that’s probably the best part… I’m excited to see what we can produce next year,” Churchill said.

The Harold Matts coaching staff will finalise their final squad for 2022 in January, with the first round of competition set to commence in early February.