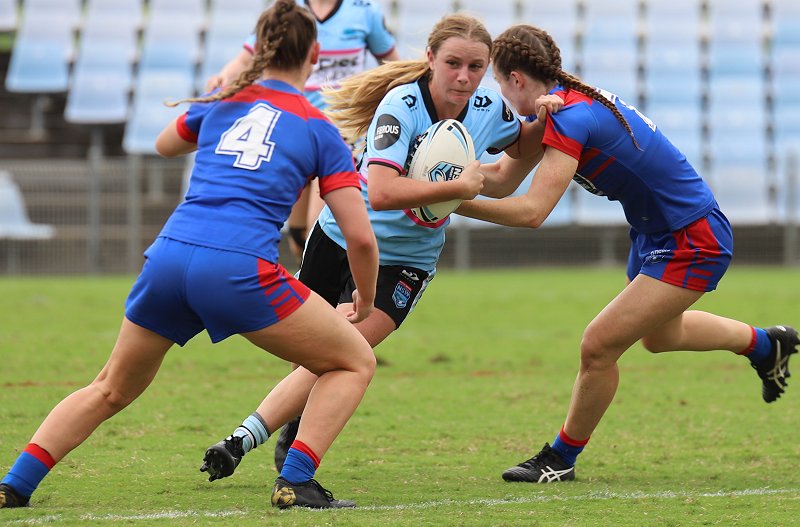 Giving away size and rugby league experience to most of their rivals, the Tarsha Gale Sharks showed resilience and an abundance of spirit in putting together a commendable 2021 season.

Finishing sixth after the nine rounds of the regular season, the Sharks went down to the Roosters Indigenous Academy in week one of the Finals but it wasn’t through a lack of effort, with Coach Jonathan Te Wara, his support staff and the playing group, enjoying a number of memorable moments during their 2021 campaign.

Back to back victories to start their season, over the Raiders then Bulldogs, kickstarted 2021 on a positive note, before a string of losses to the leading teams in the Tarsha Gale competition left the Sharks with a must-win round eight match up against the Wests Tigers.

Typical of their efforts throughout the year, the Sharks held off the challenge of a Tigers team equally desperate to push for a Finals berth, winning 18-14 to confirm their place in the top six.

For the Sharks a number of girls showed more than enough to indicate big futures ahead in the Women’s game.

As with the Sharks Matthews Cup and SG Ball teams, the COVID situation meant a presentation event couldn’t be held, and with the pre-season training for junior representative rugby league set to commence in November, the Sharks announce the Tarsha Gale award winners from the 2021 junior rep season. What Kirsty Sant lacked in size she more than made up for in heart and commitment, holding her own against much bigger opponents each and every week.

A middle forward who played big minutes and every game of the 2021 season, sometimes at prop, often at lock, but always in the centre of the action, Sant earned plenty of praise from Te Wara in being named his player of the year.

“Kirsty is a hard working forward who leads by example and constantly puts her body on the line, week in week out,” Te Wara said.

“She is one of the toughest players I have ever coached.” 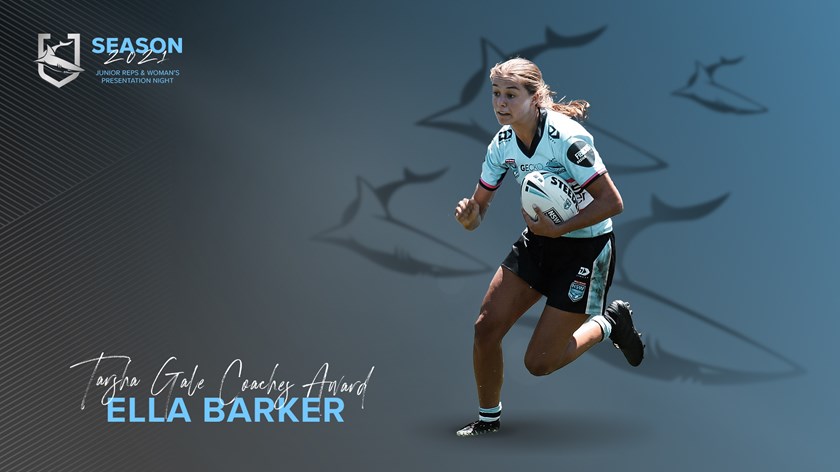 Utilising her strengths of speed and skill in becoming an attacking weapon whether playing fullback or in the centres, Ella Barker was another to take part in all nine games for the Tarsha Sharks in 2021.While impressed by her skills and ability, Te Wara explained that equally is was Barker’s attitude and team focus that made her the standout for his coaches award.

Ella Barker flies down the wing at Shark PArk earlier this year in Rnd 4 of the NSWRL Tarsha Gale Cup (Photo’s : Steve Montgomery)

“A brilliant outside back, Ella was constant treat with ball in hand,” Te Wara said.

“Her bubbly attitude and enthusiasm was also infectious throughout the team.”