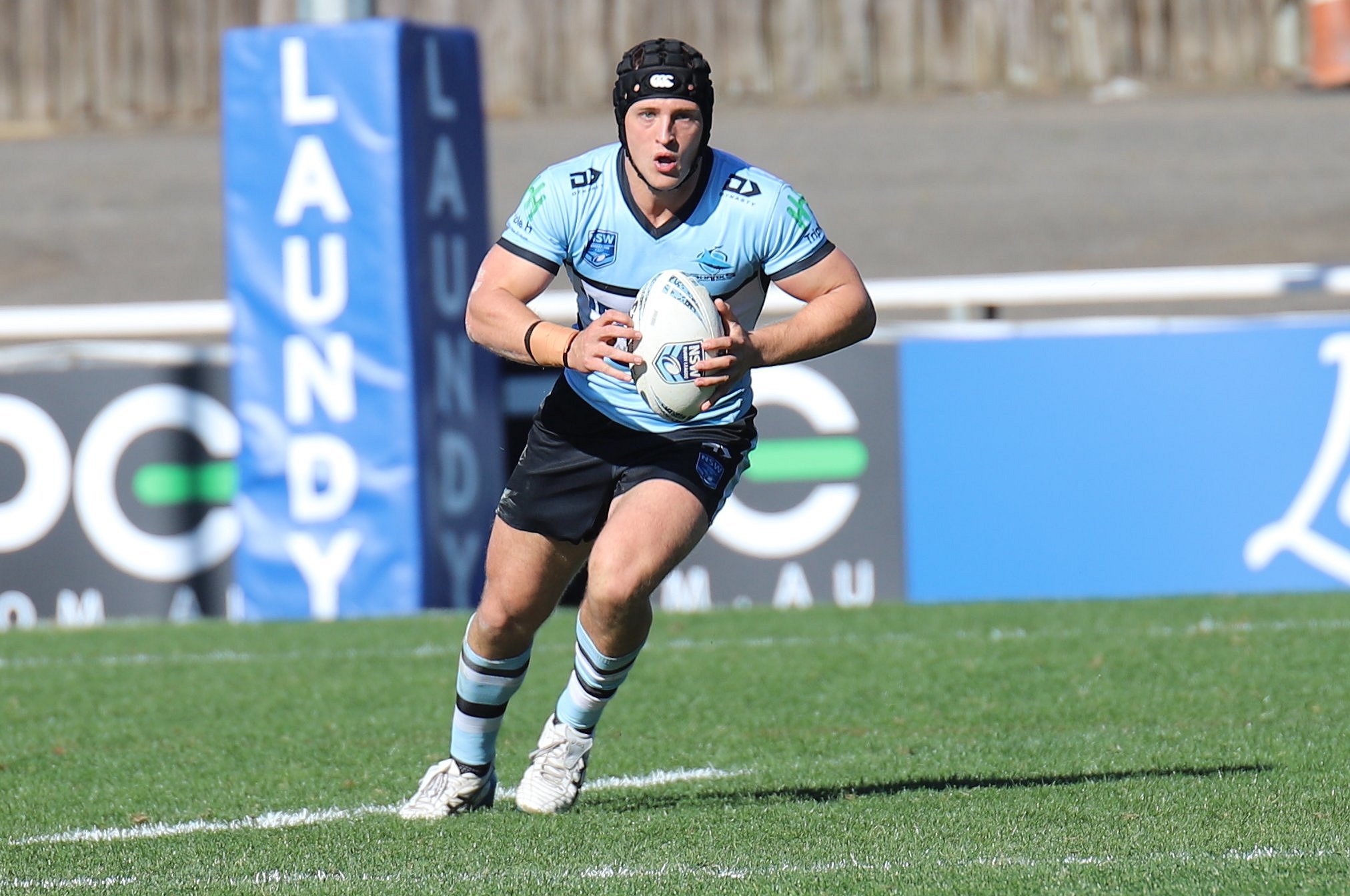 Fifth after 17 rounds of the Jersey Flegg competition, it was a mixed bag for the under-21 Sharks in 2021.

Under the guidance of former Cronulla NRL player Andrew Dallalana, who did an outstanding job after being promoted into the role following some early season coaching changes, the Sharks enjoyed some stirring victories, coupled with a handful of losses when winning opportunity slipped through their grasp.

In recording five wins and three draws, to go with six losses, most of those by six points or less, the Sharks had shown they could compete with any team in the Jersey Flegg competition and would have been looking forward to what the finals might bring.

Unfortunately it wasn’t to be, Covid restrictions seeing the competition brought to a premature end, however the Sharks certainly identified a number of players with the potential to take the step up to senior rugby league and a possible future in the NRL.

Again without the opportunity to celebrate individual and team achievements at a presentation event, the Sharks announce their Jersey Flegg award winners for the 2021 season. While he carried the ‘C’ as Sharks captain, Jack Boyling led the way in much more than just title, with his wholehearted performances making him a standout for the Cronulla team in 2021.

Playing in the middle of the field as a lock, or often as an edge back rower, Boyling was equally as effective in either role, his tireless defence and willingness to take a tough ball carry an inspiration to his team.

His coach certainly appreciated the captain’s efforts during the 2021 season.

“Jack had a break out year for me, not only from a football sense but as a leader, which showed that hard work and persistence pays dividends,” Dallalana said.

“He leads the way with his work ethic and leaves no stone unturned when it comes to preparation on and off the training paddock.

“I thought Jack really stood up for our team this year and paved the way for our young squad. He is a great guy and I have all the time for him as a person and he has definitely turned into a confident leader who is willing to show the way forward,” Dallalana added.

His season began on the interchange bench, then evolved into him becoming a leader of the Sharks Jersey Flegg forward pack, with the efforts and continual improvement of Jesse Colquhoun recognised with the Sharks coaches award.

New to the Sharks this year, Colquhoun certainly made an impression, not only on his coaches but also on those who played alongside him.

After coaching Colquhoun through the season, Dallalana was one who is confident there is still plenty of upside in the big front rower who will look to further his development by training alongside the Sharks NRL squad during the upcoming 2022 pre-season.

“At the start of the year I saw Jess working hard in the gym, spending more time on his game, asking all the right questions and learning week in week out,” Dallalana explained. “Jess has shown this year that hard work pays off.

“His performances coming into the back half of the year earned him a starting spot and he was the leader in our forward pack, showing the way each and every week.

“Jess shows great leadership qualities by his actions and I look forward to him growing in this space in the coming years with the club. He is also one of those players that everyone tends to gravitate towards, a team player who has time for everyone.”