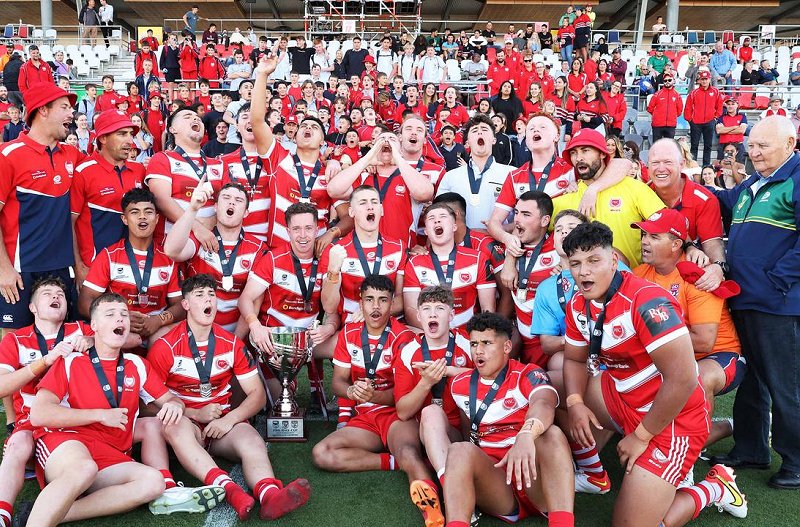 Against St Brendan’s College at Moreton Daily Stadium, the point-scoring specialist was the lynchpin in the Gold Coast-based school’s right-side reign, playing a part in six tries.

Mariner crossed for three of his own and assisted in another three four-pointers to avenge last year’s heartbreaking loss in the big dance to Kirwan State High School.

“It feels good. Our team… we set this as a goal, particularly after last year,” Mariner said post-match, describing the feeling of winning the NRL Schoolboy Cup Queensland title.

“I’m really proud of the boys’ efforts today and getting the ‘W’ really means a lot.

“It has been a good year… it’s been pretty successful and I’m keen to see what’s in-store for the future.” 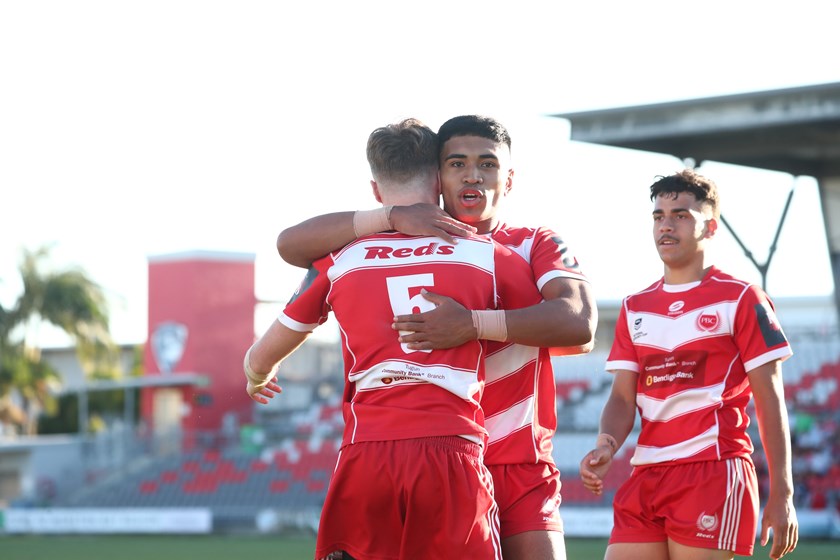 It only took three minutes for the victors to get on the board when Jett Forbes latched onto an intercept and ran 70 metres to get down the other end of the field before being pulled down by St Brendan’s defenders… but the desperation defence was in vain two plays later when Oscar Bryant found Keano Kini loitering near the line to bring up Palm Beach’s first.

The opening two tries of Mariner’s first half hat-trick came during the next 10 minutes as he crossed twice to accelerate the lead to 16-0.

The Broncos dynamo then played a hand in Forbes’ first of his four-try haul before scooping up a well-executed Tom Weaver grubber to seal his hat-trick in only the 25th minute.

At half-time, Palm Beach were well in control at 30-0 and whilst not discrediting the effort shown by the Scott Minto-coached St Brendan’s side to try and stop the onslaught, they were not ready to put the cue in the rack. 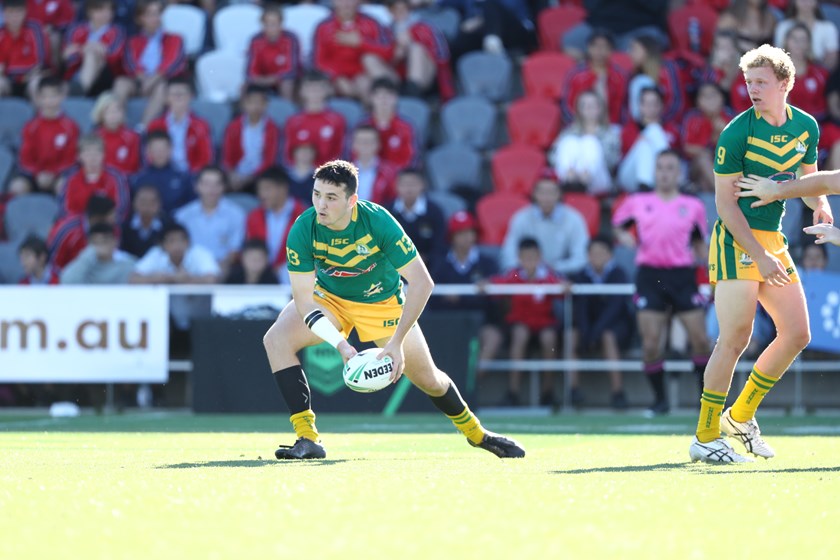 Coming out from the sheds after the break energised to claim victory in style, the South East Queensland juggernauts went on a point-scoring frenzy with four different names troubling the defence in the space of 15 minutes – Bryant, Michael Roberts, Kini for his double and Ryan Foran all finding the white chalk before the 45th minute.

With the game well and truly gone at 48-0, Mariner linked up with Forbes to allow the winger to cross twice more and Roberts added the icing on the cake right on full-time with an impressive four-pointer to send the Phil Hall Cup to the front offices of Palm Beach Currumbin – a feat that hasn’t been achieved since 2018 when Tom Dearden and Toby Sexton starred in the halves. Reflecting on the win, ex-Palm Beach Currumbin student and current coach Tim Maccan said it was a proud moment to be NRL Schoolboy Cup state champions.

“To coach this team is a real privilege and a real honour,” Maccan said.

“To be an ex-student and to win a state final, myself, I know what the boys have been through and what they’re doing, so it was great to win one as a player but to win one as a coach is extra special.”

Attributing the success of the right edge to the game plan set down, Maccan also emphasised the role his forward pack played in laying the platforms.

“I thought our three starting middles were great today.” With a large percentage of the Reds side also members of the Tweed Seagulls’ outfit that claimed the Auswide Bank Mal Meninga Cup title earlier this year, including Maccan, the dual title-winning coach said he could not be more proud of the achievement this year and it proved the systems in place for club and school football were working.

“It’s great. It’s a big team effort with the boys we’ve got. A lot of them are from Tweed and the coaching staff is the same,” the Palm Beach Currumbin coach said.

“I’ve got great coaching staff and great players here and it just shows the systems were are using work and are successful and we’ll keep doing it.”

In the earlier matches, St Augustine’s clinched victory from the jaws of defeat with a 20-18 come-from-behind win over Lockyer District in the NRL Schoolboy Trophy; meanwhile, Keebra Park were too strong for Kirwan State High School to claim the Karyn Murphy Cup 24-8. 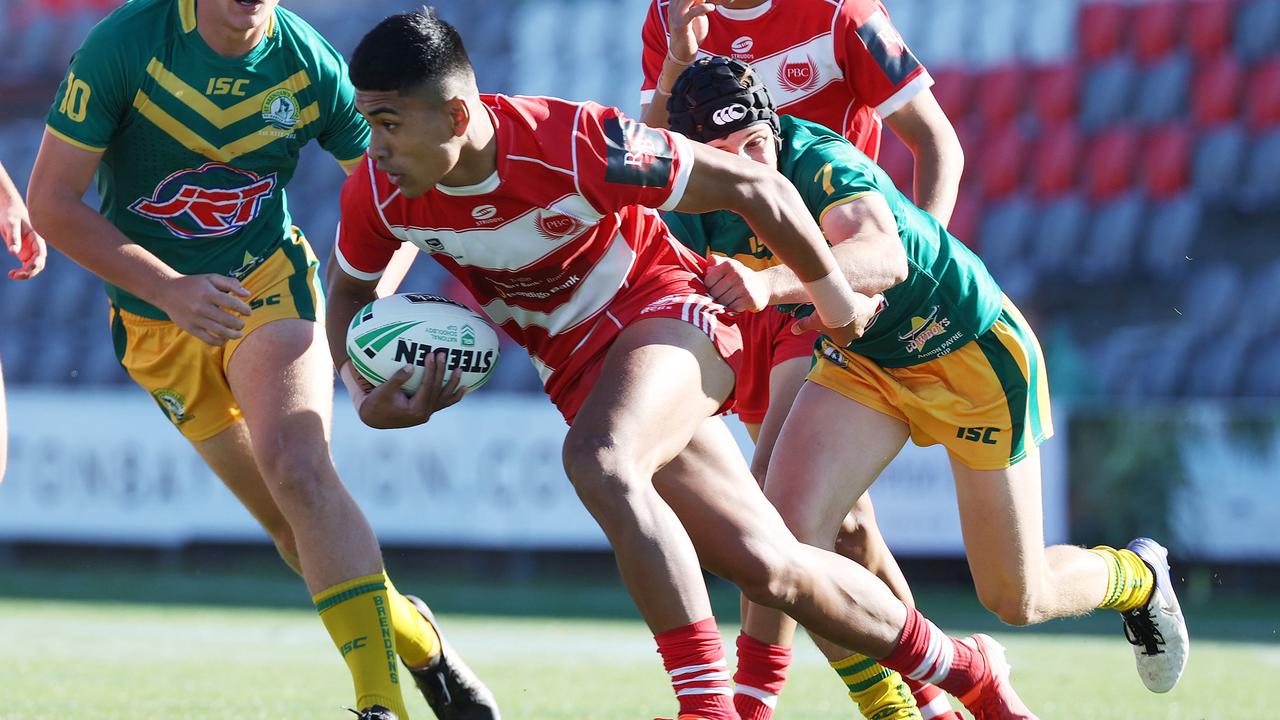