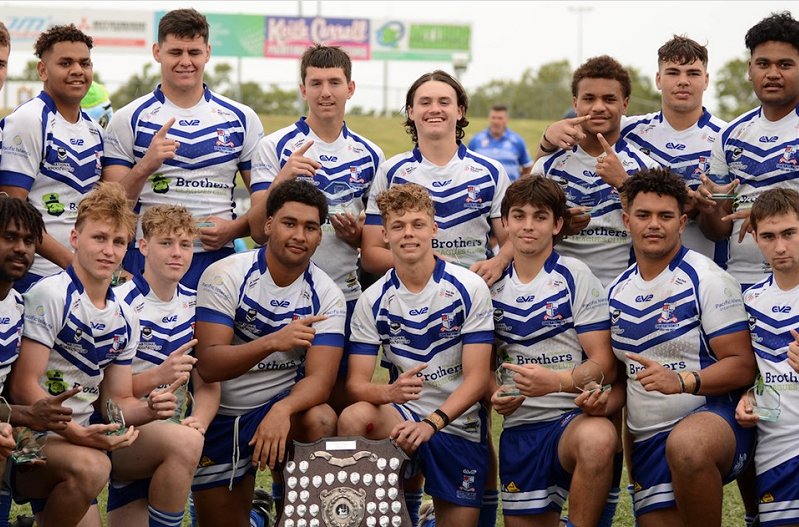 Townsville’s Ignatius Park College stamped itself as the modern powerhouse of the Confraternity Shield as it stormed to victory over host school St Patrick’s College, Mackay, today in the first final since 2019.

Ignatius Park’s 32-0 win, in front of a crowd of 5000 people at BB Print Stadium, was its sixth Confraternity Shield victory in the last 10 years and just reward for a dominant week by the north Queenslanders.

The alma mater of the likes of Valentine Holmes, Michael Morgan, Coen Hess and Aidan Guerra became the first school to defend the Shield title since St Brendan’s College, Yeppoon won in 2015.

And they did it with the words of Morgan and Hess spurring them on.

Both players sent video messages to the Ignatius Park team telling them that the week of Confraternity Carnival was among the most special in their lives because they played with their mates in a carnival unlike any other in Australian rugby league.

“Those messages were really important for our players because it reinforced to them the opportunity that a week of Confro brings,” Ignatius Park coach Steven Lansley said.

“Our college really enjoys playing in this carnival. The players buy into camp here and they don’t want to let each other down. Almost all of these players have been together at the college for many years so they are genuine mates.

“We are very open with the fact that Confraternity Carnival is our biggest target of the year.

We start planning in January so it’s satisfying to see it all come together for the boys today.” 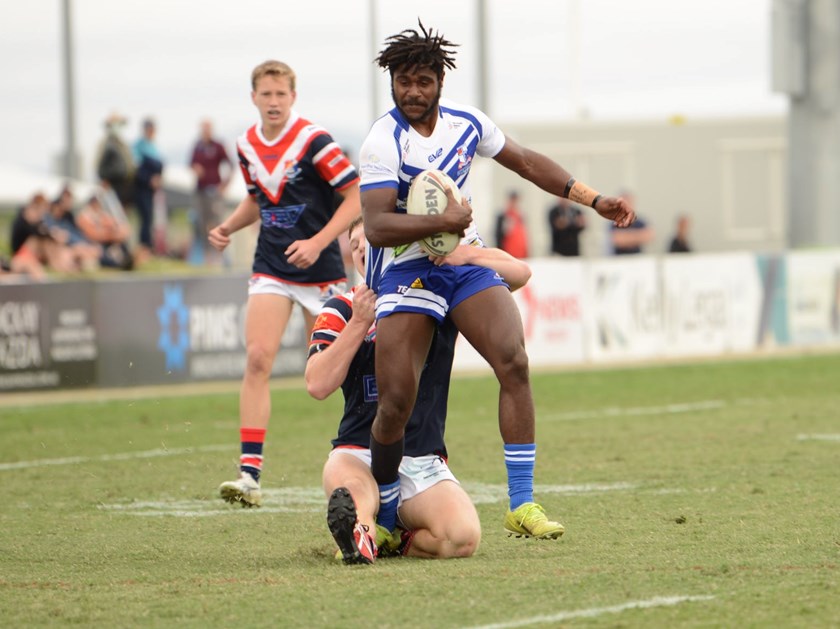 A host of Queensland’s greatest players have emerged from the event and there were plenty of comparisons this week to the last full carnival in Bundaberg three years ago before the COVID pandemic ruined the events in 2020 and 2021.

In 2019, Ignatius Park conceded only two tries across the six games during the week before rolling The Cathedral College 34-0 in the decider.

This week, the blue-and-white wall of Ignatius Park again conceded only two tries while rattling up 196 points in its three pool matches and three finals.

Today’s decider was much anticipated after St Patrick’s College won through to its first final since 2003 with a quality team featuring 10 players with links to NRL clubs.

But they could not handle the size, speed and defensive mettle of Ignatius Park as coach Lansley’s six months of planning yielded a treasured win.

“Defensively, these players just didn’t want to give in today,” Lansley said.

“We know that St Pat’s are a very good team and they had this huge crowd here so it wasn’t going to be easy. But we started well and we probably took the crowd out of it.”

Ignatius Park opened the scoring with a try in the seventh minute to Jack Prior before the power of prop Jamaine Stanley in the 23rd minute for a 14-0 lead. St Patrick’s threw plenty at the Ignatius Park defence, but it held firm.

In the play-off for third place, St Brendan’s College, Yeppoon defeated Rockhampton’s The Cathedral College 38-6 while the Bob Linder Trophy, for the second half of the Division 1 teams, was claimed by Shalom College over Padua College.

The Neil Bloxsidge Plate – the highest prize for the Division 2 teams – was won by Dalby’s Our Lady of the Southern Cross College in a 28-10 win over St Edmund’s College, Ipswich.

Only two weeks ago, the Dalby school was entered for Division 3, yet it accepted a request to move into the higher division when a team asked to push back.

Four players each from Ignatius Park College and St Patrick’s College, Mackay, were selected in the QISSRL Merit team including player of the carnival Jamal Shibasaki.

The 43rd Confraternity Carnival will be held in June next year in Brisbane, hosted by St Laurence’s College.