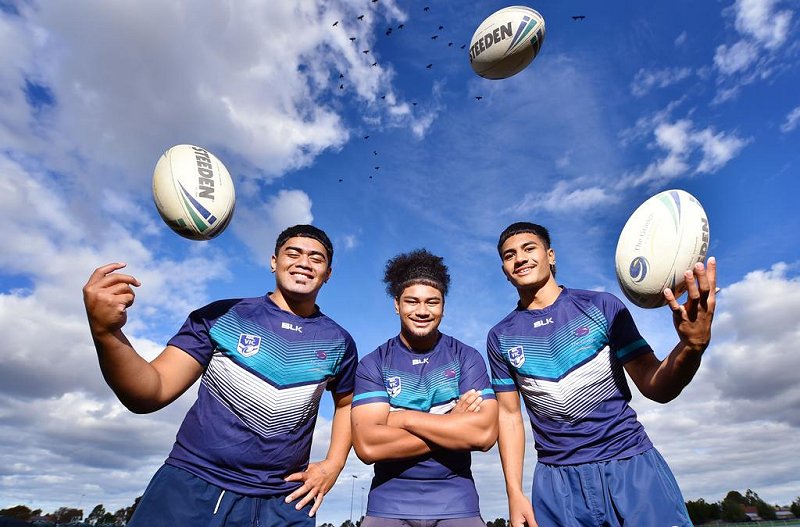 The NRL is putting rugby league on the map in Victoria, with the inaugural Melbourne Storm Cup set to light up the schools rugby league pathways. Find out how you can watch the action LIVE.

The NRL is continuing to put rugby league on Victoria’s map, launching a new Schoolboys Cup qualifier which hopes to provide more opportunities for the southern state’s up-and-coming league stars in the Australian rules heartland.

The inaugural NRL Schoolboys Victoria Qualifiers will kick off this week with NewsCorp showcasing the next generation of Victorian league talent.

Exclusively livestreaming the competition which will see three Victorian schools battle it out for a place in the top-tier NRL Schoolboys competition.

NRL School Participation and Projects Coordinator Jonathon Dallas said he hopes the new competition will “increase rugby league participation and offer new opportunities for kids in all the different schools in Victoria.”

“This pathway basically gives every school in Victorian an opportunity to strive for Schoolboy Cup. Where in the past that wasn’t an option,” Dallas said.

“The work that the NRL does in schools throughout the whole country sometimes can be lost.

But something like this highlights how far Victoria as a state has come in school rugby league and the improvements in the level of footy they are playing.”

Mount Ridley, Hallam College and The Grange College will be competing for the top two qualifying positions which will go on to play NRL Schoolboys Cup while the third qualifier will compete in the second-tier NRL Schoolboy Trophy competition.

Mr Dallas said not only does he hope to provide more opportunities for schoolboys to represent their school playing rugby league, but encourage and motivate students during their final school years.

“An official rule of the schoolboy Cup and Schoolboy Trophy is students can’t play unless they’ve got 90 per cent attendance at school,” Dallas said.

“So the whole theory behind the competition is not just about developing kids, not just being a superstar footballer, but making sure they are ticking off the boxes in their schooling and education as well. The NRL are expanding their pathways program in Victoria, with The Grange College joining the ranks for the first time. Richard Junior Gabriel, Ethan Barlow-Sua and Muao Kaisala show off their technical drills. Picture: Nicki Connolly

In Melbourne’s Western Suburbs, The Grange P-12 College’s Head Coach Shannon Love said the new competition taps into the need for more opportunities for Victorian rugby league kids striving towards a future in the sport.

“I do think there’s a huge opportunity here, a lot of people look at Victoria as being an AFL state which they’re not wrong, but the talent out here in the west is up to standard,” Love said.

“There is a very multicultural society here with lots of Pacific Islanders and New Zealanders and that just bleed rugby which is really exciting and I think the talent pool here does go quite deep.”

“I think the NRL is going in the right direction in developing raw talent in Victoria and this Melbourne Storm Cup is just the start, I think there’s going to be a lot of success from here,” he said.

“Melbourne Storm lack that Victorian blood, so I would love to see more development and pathways in Victoria but we just need to keep giving the boys an opportunity to get picked up.”

See the schedule below to know when you need to tune in.

The Grange will meet with Victoria University on Friday in the opening round of the competition and Mr Love believes his school have the ability to give the top-tier competition “a run for their money” if they qualify.

“The boys have been in The Schoolboy Trophy last year but now we’re up against the best schools in the state which is really exciting,” he said.

“I’ve been involved in Schoolboys in NSW and I think our boys would definitely give them a good run for their money.”

In a match that will be exclusively livestreamed by NewsCorp on Friday May 6, Mount Ridley will clash with Hallam College, kicking off at 2.30pm.

News Corp will stream a game of the round from the NSWRL junior representative competitions.

You can go back into our archive to watch every game we have streamed so far this season. Click the links below to see what you missed.