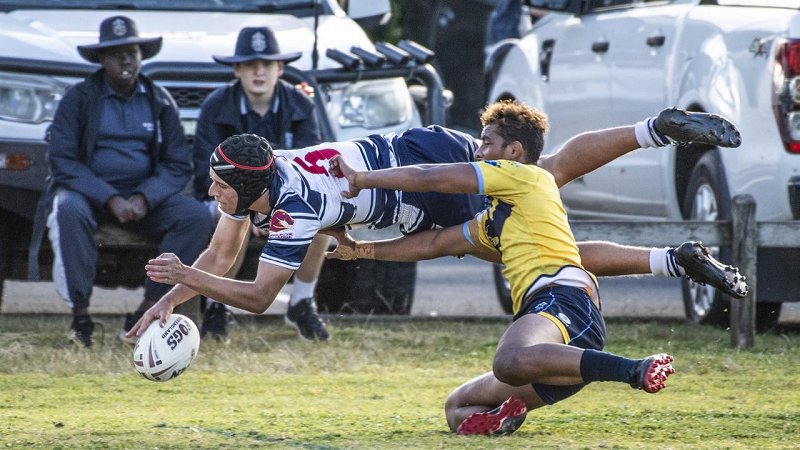 Koby Timms goes over the line to score a try for St Mary's. Picture: Nev Madsen.

Don’t miss out on the headlines from Roosters. Followed categories will be added to My News.

News Corp will live stream the schoolboy game as part of it’s bumper commitment which will see more games broadcast on its streaming service across the Langer Trophy, Dolphins Cup and Payne Cups this season than ever before. The winner of today’s clash at Ipswich Brothers will snare the eighth and final position in the Langer Trophy.

This was after Redcliffe qualified for position No.7 after defeating Caloundra SHS.

In a boost for Mabel Park SHS’s Langer seniors entering the clash with St Mary’s, the school’s year 7, 8, 9 and 10A teams have all qualified for their respective Broncos Cup competitions.

Leapai, the son of former world heavyweight boxing contender Alex “Lionheart’’ Leapai, said it was inspiring to know the younger age group teams were confirmed in the top division competitions this season. “To hear the juniors have qualified for the Broncos competitions is not only inspirational for the (junior) boys, but also for me,’’ Leapai said.

“It says a lot about the school and the resilience the school has and shows our school is a school that never gives.’’

LANGER QUALIFYING ROUND PLAYERS TO WATCH

SPEED DEMONS OF THE MENINGA, CONNELL AND HARVEY 19s

Standing 193cm tall and weighing 119kg, Leapai is both an on-field and spiritual leader of a group who are in awe of his early career achievements in snaring a contract with NRL glamour side the Roosters. 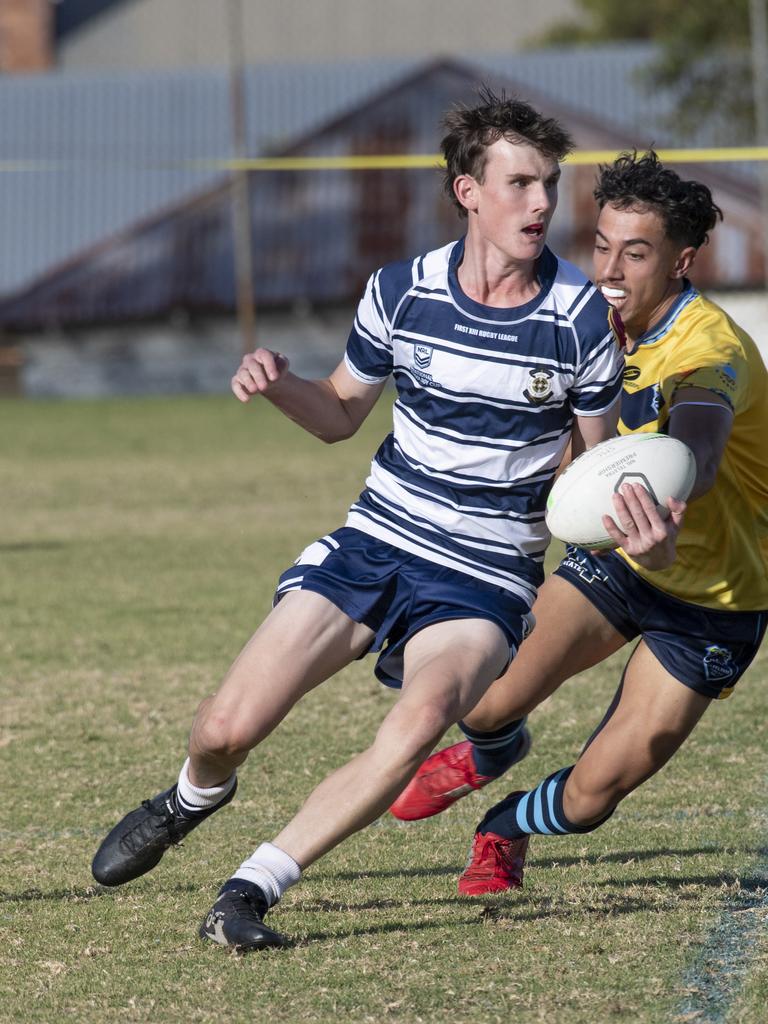 “I look up to Alex. A lot of the older boys do,’’ said fellow student Benji Quinlan.

Mabel Park SHS lower secondary players Jordan Tuuga-Stevenson, Riley Baker, Benji Quinlan and Daniel Ratuere said it was exciting to have the Year 7, 8, 9 and 10 teams qualify for the top tier schoolboy competitions, and hoped the Langer squad did the same.

Riley Baker said having teams in all top tier competitions this season was “a big stepping stone for the school’’.

“We are on the up at the moment and being in all four of our grades of the Broncos Cup improves our whole school all together. Playing Langer last year also gave everyone a boost.’’

Quinlan added that “making the Langer last season was a confidence boost and showed we can achieve more this year.’’

St Mary’s first qualified for Langer in 2019 and has some greats as old boys – from Kangaroos’ captain of the 1920s Tom Gorman through to Johnathan Thurston.

“It would mean a lot to our community both past and present (to remain in the Langer),’’ said coach and teacher ?Louis Reen.

“St Mary’s has a strong connection to the regions rugby league identity and the competition gives us the chance to access the strongest competition in the South East corner.

“We also recognise that to qualify in 2022 we need to be at our best. Mabel Park are a quickly developing powerhouse as seen in our junior competitions and they will be stronger in 2022 with the added maturity of their squad.’’