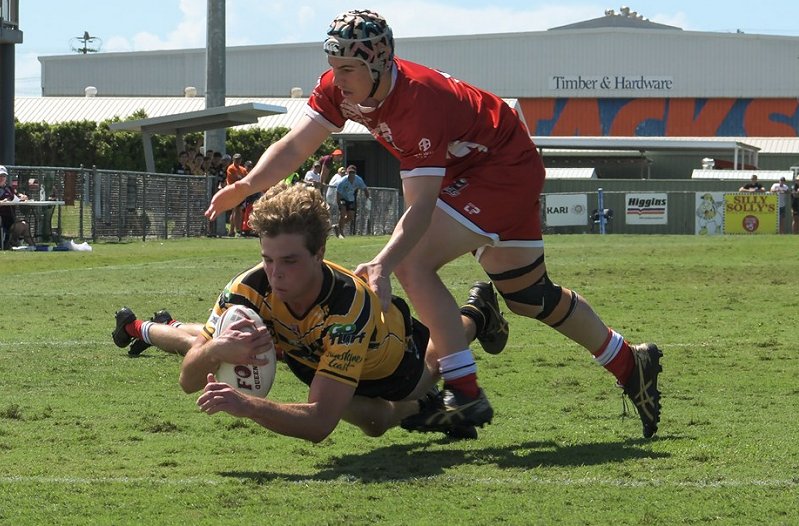 Congratulations to the players selected in the Pre-Season Sunshine Coast Falcons Mal Meninga Under 18s squad.

All players will be notified via email regarding whether they want to take up their position in the squad.

To all of the players who missed out, due to the large number of trialists (100+) the coaches are unable to give individual feedback, but the Falcons commend you on your efforts to make this team and wish you all the best for the 2022 season.

QRL Round 3 Match Report and Stats

The Sunshine Coast Falcons have lost their round 3 clash in a nail-biting last-minute finish to the Western Mustangs at Sunshine Coast Stadium on Saturday afternoon.

Hot, greasy, and wet conditions saw some classic wet weather footy from both teams, the game was full of errors and drop ball, but the early momentum went to the Western Mustangs being first to open the scoring in just the first six minutes of play through their centre Declan Ryan (4). The Mustangs came to play scoring another 4 pointer just 3 minutes later. Momentum was all going the way of the Western Mustangs as they strolled over for their third try of the game through their fullback (MORE)