A record 27 teams from across the northern and central areas of Queensland travelled recently to compete in the annual under 13 Nate Myles Cup in Gordonvale.

Growing up in Far North Queensland, the barnstorming Maroons forward Myles started his journey as a five-year-old playing for the Southern Suburbs Cockatoos before going on to an illustrious 234-game NRL career. As one of the region’s favourite sons, the carnival is played each year in recognition of their local achiever.

Mackay Brothers Bulldogs Blue finished their pool games with 18 points, progressing to the semi-final against local team Edmonton Storm, with the visitors taking the spoils to meet Townsville Centrals Gold in the grand final.

The decider was a see-sawing affair, with the Bulldogs overcoming a determined Centrals Gold to claim victory 24-20. 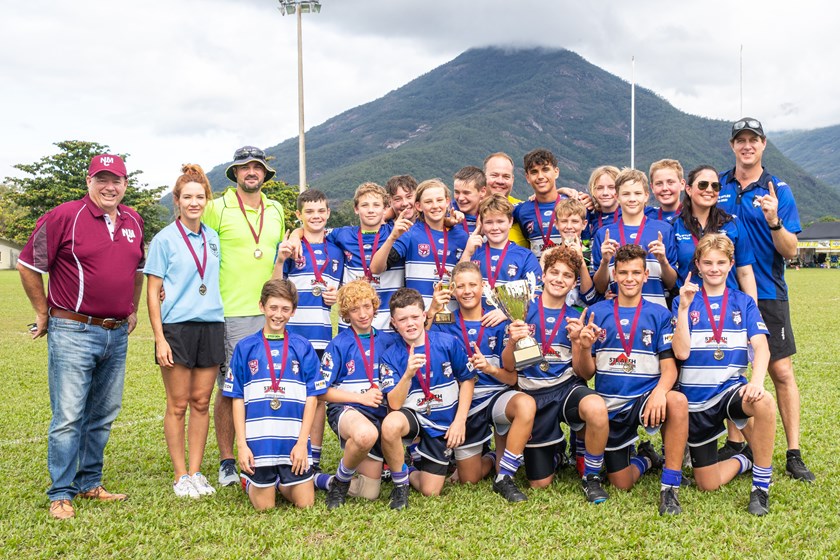 Organiser Madonna Archibald said the aim of the carnival wasn’t just the silverware, but bringing teams together from across Queensland.

“The Nate Myles Cup was a great example of how much football carnivals mean to today’s players and clubs,” Archibald said.

“We witnessed some fantastic football skills and more importantly, the positive spirit in which the whole carnival was played is a tribute to the 27 clubs who participated over the weekend.

“Dysart Bulls – who travelled from Central Highlands – were the perfect example of this spirit as they showed great sportsmanship on and off the field.”

The community club would also be lost without their hard-working volunteers.

“Southern Suburbs Junior Rugby League is a small football club who have a long history in the Gordonvale community with a multigenerational volunteer base still strong at the club,” Archibald said.

“This was evident over the weekend when a few tricky situations arose everyone pulled together and the carnival continued with limited interruptions.

“The Nate Myles Cup tested the new facilities at the Alley Park Sporting Precinct and we would like to commend the Council for their support and contributions in the lead up to and over the weekend.

“We are looking forward to the 2022 event and will build on this year’s success – making it bigger and better.” Guy Millar with referee of the carnival Marcus Steinhart.

Catholic squad dominates in U15 blitz