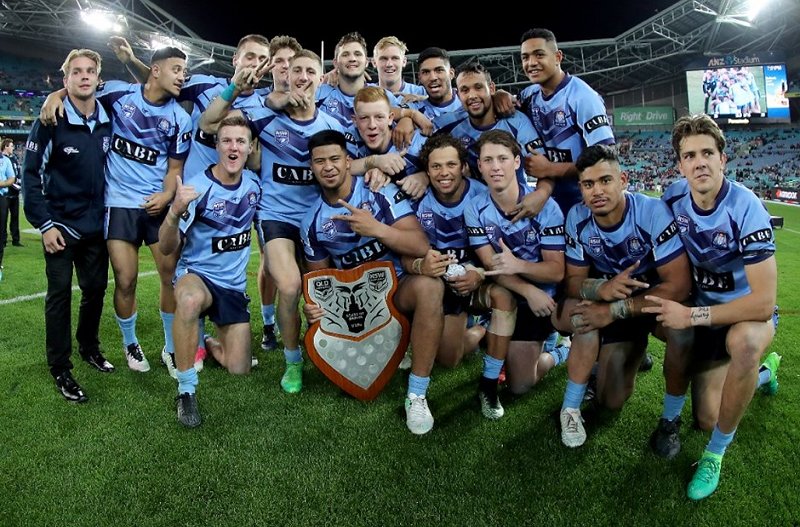 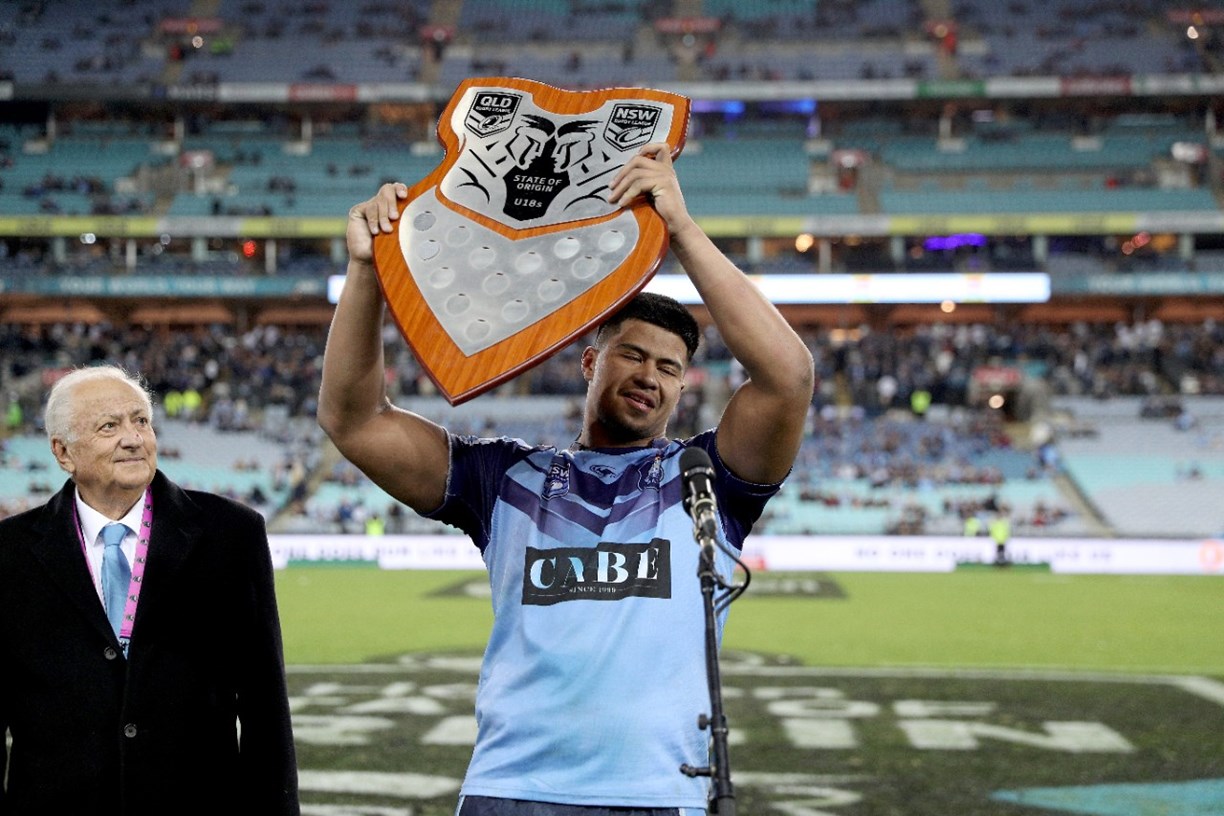 The NSW Under 18s side from 2017 featured 263 games of NRL experience, a Brydens Lawyers NSW Blues extended squad member and a promising young half who’s been making a splash in The Knock-On Effect NSW Cup.

It was Brydens Lawyers NSW Blues coach Brad Fittler’s second year at the helm of the pathways team, with the game played as a curtain raiser for Game Two of the State of Origin series.

Led by an inspirational performance from captain Payne Haas, as well as a hat-trick to Luke Metcalf, NSW would come away 35-28 winners thanks to a late Sebastian Kris try and a Zac Lomax field goal.

The win at ANZ Stadium would give Fittler a perfect 2-0 record coaching the Under 18s side and serve as a perfect audition to take on the top job in 2018.

Four years on, nswrl.com.au looks at some of the players who have gone on to forge great careers and could be destined for higher honours. 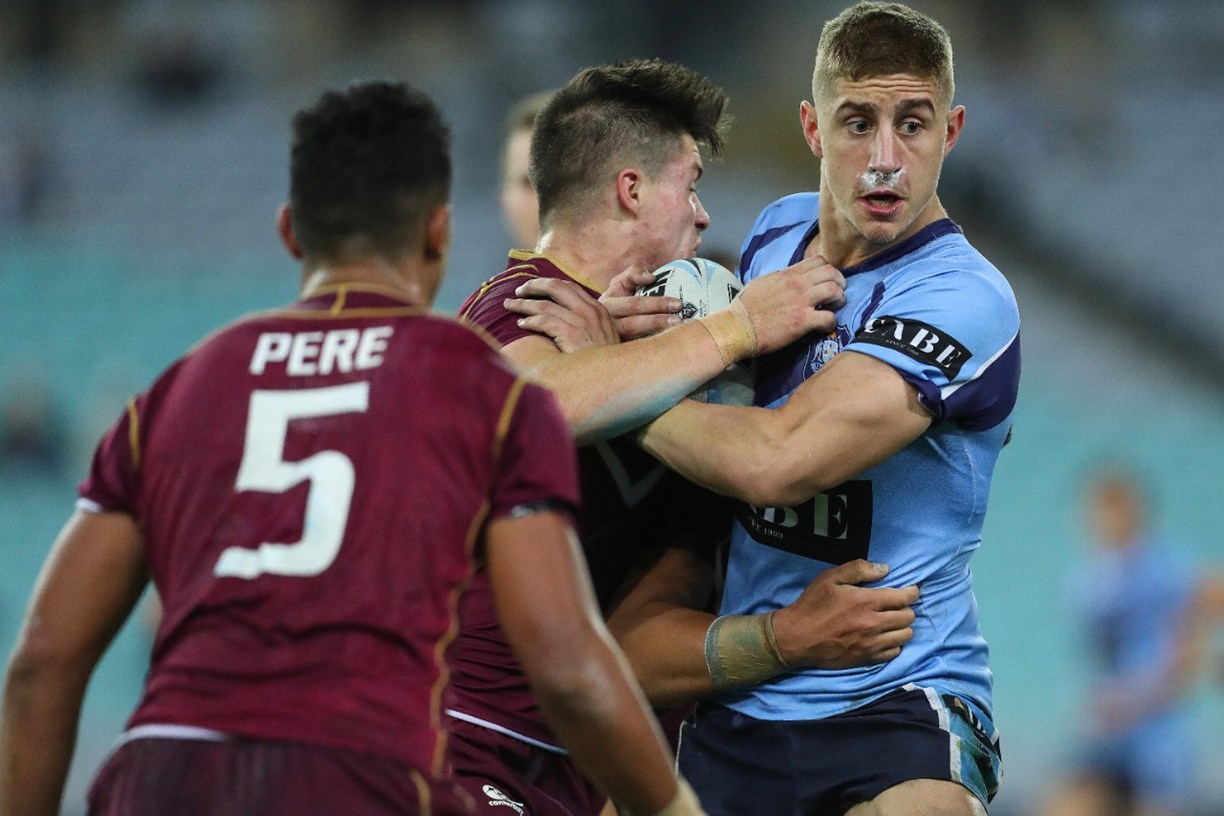 After progressing from Illawarra Steelers’ UNE SG Ball Cup side in 2016 to the St George Illawarra Dragons Under 20s set up in 2017, Lomax was awarded NSWRL’s Under 18s Player of the Year.

It was Lomax’s second year in the NSW Under 18s side in 2017 and he also played back-to-back seasons in the Australian Schoolboys side.

Not long after, Lomax was playing on the big stage. He made his NRL debut in Round 10 of the 2018 season against South Sydney Rabbitohs and capped off his debut year with a spot in the Prime Minister’s XII, NSW Under 18s side and a spot in Fittler’s Emerging Blues camp.

While Lomax showed plenty of promise in his first two seasons, 2020 was a breakout year for the Temora junior and he was rewarded with a spot on the Brydens Lawyers NSW Blues extended bench.

Lomax picked up where he left off in 2021 and was in the conversation for a spot in the NSW squad before he suffered a broken thumb which sidelined him for the entire Origin period. 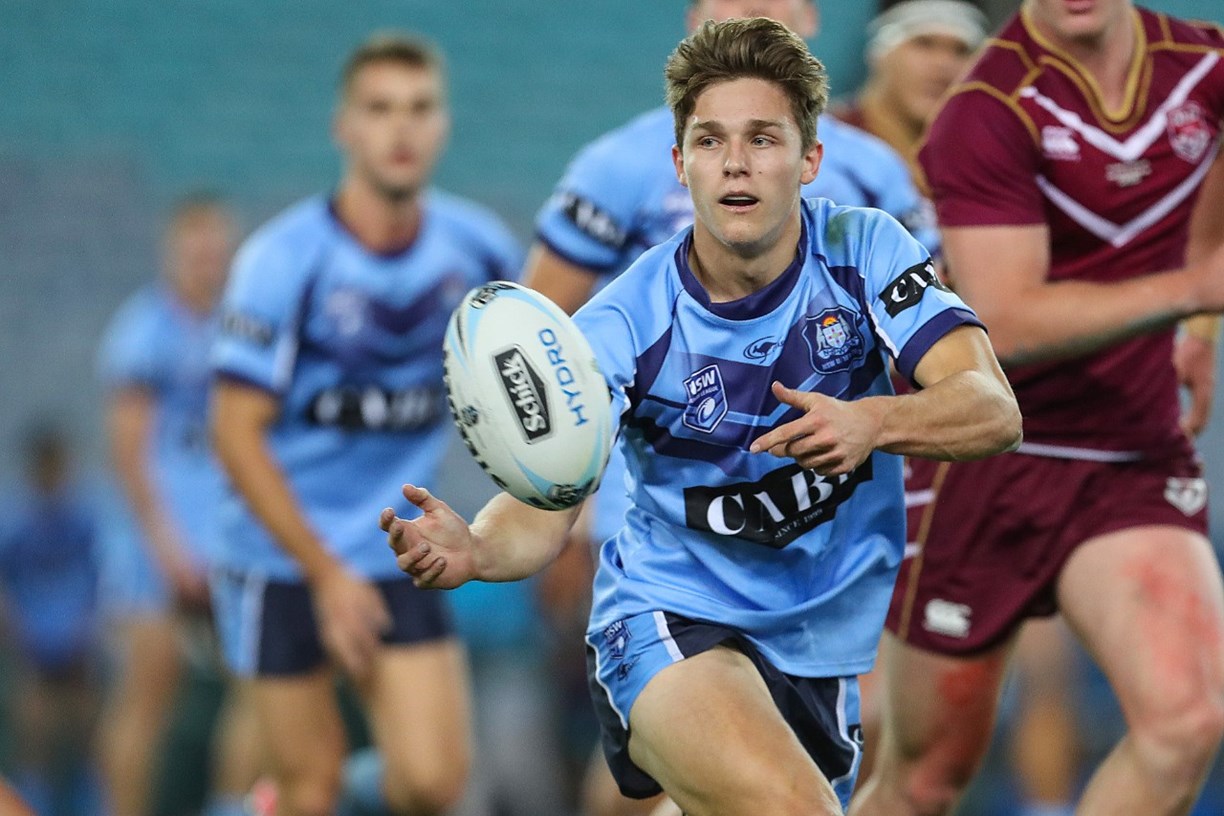 Metcalf made a name for himself coming through the Sharks’ Harold Matthews, SG Ball and Under 20s systems before signing with Manly Warringah Sea Eagles.

Metcalf returned to the Shire in 2021 and he was rewarded with a total of six NRL appearances, debuting against his former club, the Sea Eagles in Round 20.

Metcalf’s standout performance in the NRL came in Round 23 against the Wests Tigers.

The match saw Metcalf start at five-eighth for the first time in his NRL career and he rewarded the coaching staff with a stellar performance that included two tries, one try assist, one linebreak, five tackle busts and 124 running metres.

With only six NRL games to his name, Metcalf has had plenty of opportunities to impress in The Knock-On Effect NSW Cup, so much so that True Blue Jamie Soward predicted Metcalf would be crowned the NSW Cup Player of the Year on The Short Side.

It was recently announced that Metcalf will be making the jump across the ditch and joining New Zealand Warriors in 2023 on a two-year deal.

After coming through the Parramatta Eels pathways, Josh Curran joined the Sydney Roosters in 2017 and played in their Under 20s side over the next two seasons before making his way into the NSW Cup competition in 2019.

After playing just one game for the Roosters in 2019, Curran signed with the Warriors and eventually made his club debut in Round 20 of the same year.

This season proved to be Curran’s best yet and after moving around from the bench to second row and lock, Curran appears to have locked down a spot on the right edge after forming a formidable combination with Rookie of the Year Reece Walsh.

With an experienced halfback in Shaun Johnson re-joining the club in 2022, Curran has a great opportunity to continue to improve his game.

Curran’s best performance of his career came in Round 22 against the Canterbury-Bankstown Bulldogs where he finished the game with one try, one try assist, three linebreaks, four tackle busts, 175 running metres and 42 tackles.