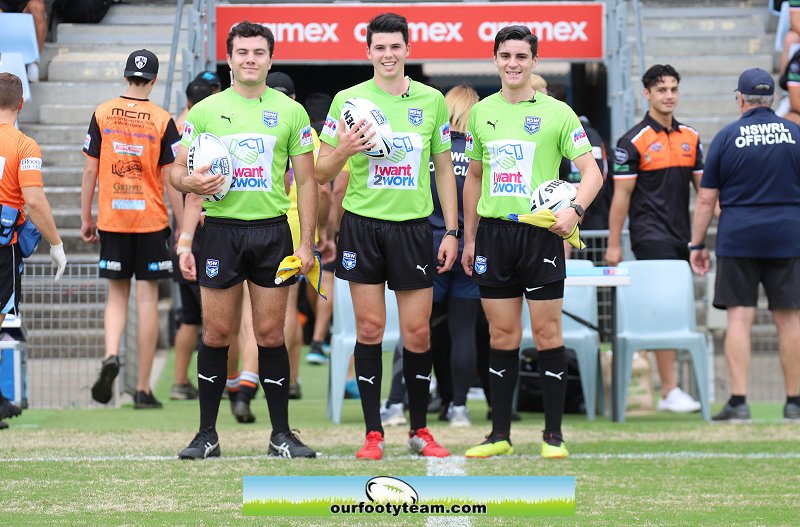 The NSWRL is pleased to announce that Regional and Metropolitan Referee Developments squads will be operating under one system for the 2022 Junior Representative season in line with the NSWRL One State plan.

The referees in both squads this year will be afforded the opportunity to referee across NSW with NSWRL Referee High Performance Manager Stuart Raper excited to unite both squads.

“The One State approach will allow the squads to be interchangeable.

So whether you are regional referee or a metro referee you could be called to any Junior Representative competition,” Raper said.

“We will also be watching closely during the season for any referee who shows potential to get a train and trial or graded into the High Performance squad.”

Officiating, commitment and fitness levels all play a part in a referee being promoted into the High Performance squad, which officiates the NSWRL’s top tier competition The Knock-On Effect NSW Cup.

The referees will continue training under Referee Operations Manager Paul Kalina and Officiating Development Coordinator Gavin Badger who have played significant roles in having the squads ready for the 2022 season.

The One State charter included plans to bring the game in regional NSW and the Sydney metropolitan area closer together, including officials.

It also aims to improve competition opportunities for participants by restructuring the state into six zones.